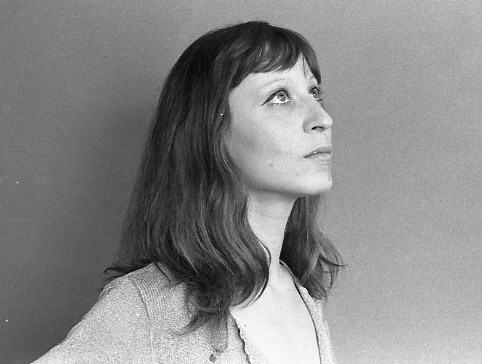 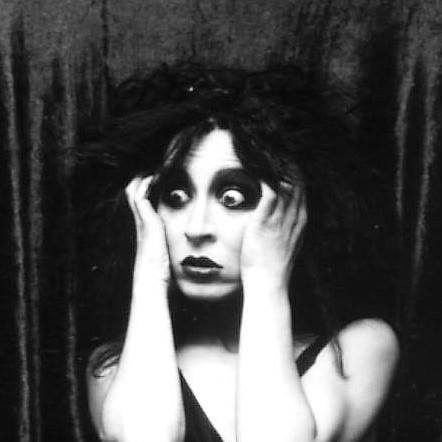 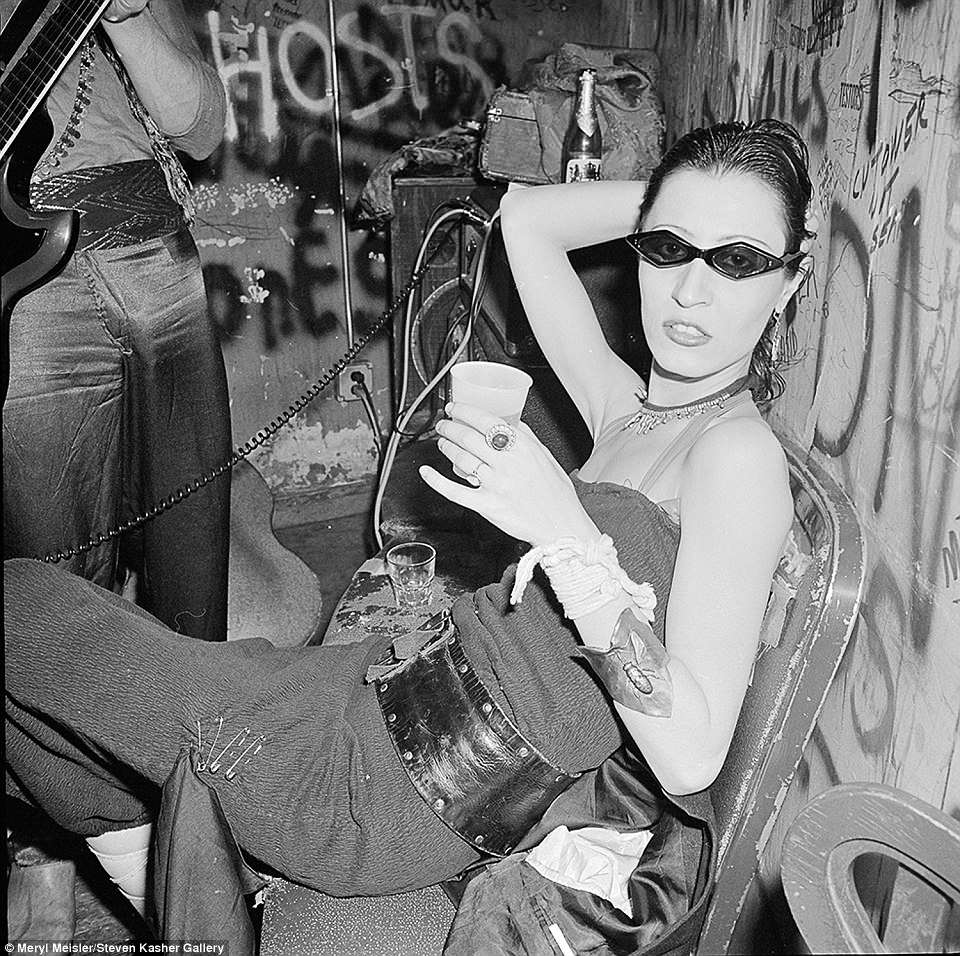 Elda Stilletto, who had been the longtime partner to the late Eric Emerson of Andy Warhol Factory fame, was a fixture on the downtown scene. And she never had trouble putting a band together. Everyone from Lenny Kaye of Patti Smith Group to Cheetah Chrome of the Dead Boys played with her at one time or another.

Elda Gentile, AKA Elda Stilletto passed away on August 6th, 2018. She leaves behind her son Branch Emerson, her daughter in-law Meghan Emerson and her 3 young grandchildren Caleigh, Aiden and Phin.

She loved her family and friends. She was a free spirit, innovator, and a superstar in her own right. She had a heart of gold and a lust for life.

Elda's foray into the art world began when she attended the School of Visual Arts. Her teacher took her class to Warhol's factory for a film viewing of Lonesome Cowboys. She fell in love with Warhol film star Eric Emerson first on screen and then off, after meeting him in person. Soon after, Eric fathered their son Branch. Elda was a regular at Max's Kansas City, often hanging out with the infamous Warhol crowd. She met Holly Woodlawn (one of Lou Reed's "Walk on the Wildside" characters and one of Warhol's stars) and they became fast friends, a friendship that lasted all through their lives. She started a band called Holly Woodlawn's Pure Garbage, (Tony Ingrassia of Pork, acting as musical director) which then led her to creating the famed punk rock band The Stilettos. Her brother Fast Eddie Gentile played guitar in Pure Garbage. She had a small part in a small play of the Theater of the Ridiculous with Jayne County and Patti Smith.

The Stilletto's were the band that Elda would make her biggest musical mark with. She formed the band In 1972 with the idea of melding a Supreme's like girl group with a pop art sexual rock edge. They were considered a punk band before the word became the official moniker. The original line-up was: Chris Stein (guitars), Fred Smith (bass), Billy O'Connor (drums), Deborah Harry, Rosie Ross, and Elda Stilletto, all on lead vocals. The band rehearsed at the same studio as the Ramones. Elda was then dating Richard Hell (The Voidoids/Television) who invited the band to play at CBGB'S. The Stillettos played in other hot notable NYC venues like Max's Kansas City, The Peppermint Lounge and Club 82. The group broke up the final time in the late 1970's. Elda continued with a solo career before reforming the band with an all-new line-up in late 1976. Members of this particular incarnation of the group included Cheetah Chrome (Dead Boys), Walter Lure (Johnny Thunder's Heartbreakers), Billy Rath (Johnny Thunder's Heartbreakers) and Sheebo Pampelonia. Throughout the band's history there were lineup changes that included Owen Swenson on guitar, Alter Ego on bass and others. The Stillettos appear in the private eye mystery thriller "Punk Rock" and on the compilation Max's Kansas City 1976 and Beyond. They played in Central Park for Rock Against Racism. They eventually broke up a second and final time in the late '70's.

After the breakup of the Stillettos, Elda formed the first all kids punk rock band The Bratles with her son Branch on drums. Chris Stein (now of Blondie fame) produced and released a 7" single from the band. They opened for the Clash twice at the famed Bonds shows. Elda mentored the kids and brought in other musicians like the Ramones, NY Dolls and the Dead Boys to teach them. Elda dressed them for the stage and eventually the band was offered a deal with CBS Records. With all this going on unfortunately at such a young age, the band could not sustain due to much parental disagreement.

[S]he released 2 albums; one with The Stillettos and one solo album recorded and written with Owen Swenson and her son Branch Emerson titled Diamonds in the Rough, a record that received significant amount of airplay at College Radio Additionally, she designed the flags that hang over the Cloisters during the Medieval festivals and taught art classes for kids. She was an avid pop art quilter and designed and sewed large quilts. She sewed and created all of her own on stage outfits in all of her bands. She sewed for the NY Dolls who were her friends. She was a painter. In her home hang many of her paintings. She produced concerts: The Montauk Nature Conservancy Concerts with Paul Simon, Billie Joel, Willie Nelson and an array of other stars. She was the booking agent for the legendary Bay Streets Nightclub in Sag Harbor, booking artists like James Brown and Tina Turner. She wrote, produced and directed fashion theater shows at Bay Streets Nightclub and took them to Hurrah in NYC, with the hottest designer clothing. She sold advertising for the popular Dan's Papers throughout the East End of Long Island and was instrumental in expanding the 6 page editorial rag to a full 20 plus page glossy. She was an internet pioneer and implemented Radio Woodstock TV, one of the first digital Television stations. She produced shows for Radio Woodstock and for Radio Woodstock TV. She produced a morning show on the radio station and often, her friend Joey Ramone, would visit with her on air. She worked as a producer for many Radio Woodstock events and struck up friendships with local artists Rick Danko and Richie Havens. At one point, she had a local baking business for a while called Branch's Breads and used to bake at 4am to deliver homemade breads to the local bakeries on the Lower East Side. Elda's last endeavor was her position as interviewer and idea person to the newly found Creative MX company. In this role, she was amassing a series of interviews with accomplished artists for the Creative MX website. She just signed a book publishing deal for her life story and was preparing an archival of her performance clips and photos for her book tour. She also wrote 2 screen plays, one based on the story of the Bratles and one based on her life in the Warhol scene.