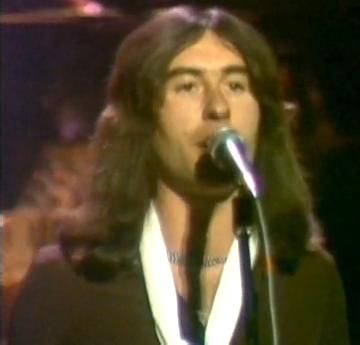 Singer and musician Gary Pickford-Hopkins, whose extensive discography included appearances on some of former Yes keyboardist Rick Wakeman’s most successful solo albums, has passed away following a struggle with cancer.

Wakeman, who used Pickford-Hopkins as a featured vocalist on his hit ’70s LPs ‘Journey to the Center of the Earth’ and ‘The Myths and Legends of King Arthur and the Knights of the Roundtable,’ offered a personal remembrance on his website, calling him “one of the nicest guys you could ever wish to meet.”

Lamenting that “It’s been a rotten year for losing friends,” Wakeman went on to list other collaborators from the period who have passed away, saying, “We have now lost David Measham (conductor), David Hemmings (narrator) and now Gary. Also we have lost Martin Shields from the late seventies English Rock Ensemble.”

Remembering that he first saw Pickford-Hopkins perform with his band Wild Turkey (with whom he’d continue to record sporadically during the ’90s and after), Wakeman mused, “We had so much fun both in the studio and on the road … I wish Gary all the peace that there is to offer him after his long battle with cancer and my heart goes out to his family and friends as indeed it does from all involved with the ERE.”