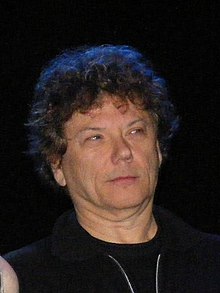 Jeremiah Griffin "Jerry" Harrison (born February 21, 1949) is an American songwriter, musician and producer. He achieved fame as the keyboardist and guitarist for the New Wave band Talking Heads and as an original member of The Modern Lovers.

Born in Milwaukee, Wisconsin, Harrison played with Jonathan Richman in The Modern Lovers when he was an architecture student at Harvard University. Harrison was introduced to Richman by mutual friend and journalist Danny Fields and the pair bonded over their shared love of the Velvet Underground. He joined The Modern Lovers in early 1971, playing on their debut album in 1972 (not released until 1976), and left in February 1974 when Richman wished to perform his songs more quietly.

Harrison joined Talking Heads in 1977; after the release of their debut single Love à Building on Fire.