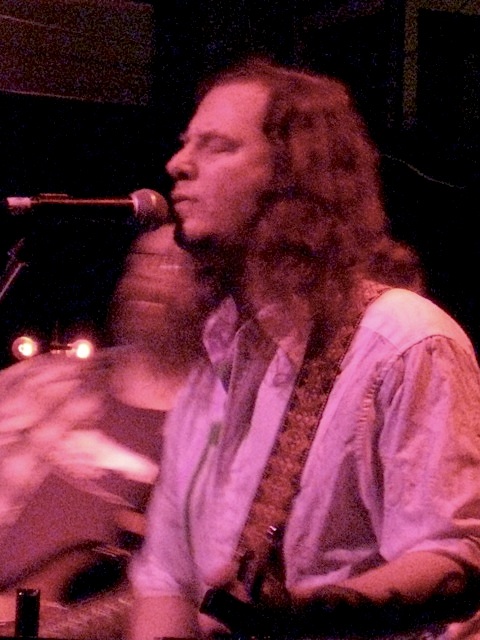 Jonathan Segel started playing guitar when he was about 7 years old. At about 10 he had a crush on a girl who played violin, so he thought he'd try that too.

Unfortunately he sucked at it.

That did not stop him, however, from later playing the violin in rock bands when everybody else only knew how to play guitar. Sometime around 1983 (!) while carrying a violin across the quad at Porter College at UC Santa Cruz, he was approached by some kids who had moved their band up from Redlands, CA. This turned out to be Camper Van Beethoven and the Border Patrol.

Well, what we didn't know is that this association was apparently for life, as Camper Van Beethoven has now made records/CDs for the past 23 or so years, and is still playing (recently touring with Built to Spill).

Through all the ups and downs of that band,Jonathan has continued to make his own records (../CDs/tapes/whatever... nearly 20 of them so far!) in a variety of genres ranging from guitar-based rock music to way-avant-garde electronic music and many places in between. Recently he finished a very guitar-based CD, "Honey" which is available in a limited edition of 400 hand-screened covers.

Several things precipitated the making of this collection of songs, but primarily: while Camper Van Beethoven was on tour in late 2004 promoting their first CD of brand new material in many years ("New Roman Times"), most of their instruments were stolen in Montreal. Jonathan lost his famous sticker-and-paint covered violin and his old Fender Stratocaster. A kind Canadian violin maker (Andrew Kirk) donated a violin, but soon thereafter we all found out that the 1960s and 70s guitars we had all been using for 25 years or so were now collectors' items and way over our ability to pay to replace! So Jonathan became obsessed with his missing guitar (named "Honey", a kitchen labeling sticker on its front so stated) and began listening to and playing more guitar. Since Jonathan had actually started on guitar many years before picking up the violin, it only took a short time to get into new territory and start writing more heavily guitar based songs reminiscent of the bands that inspired him to start playing guitar in the first place way back when.