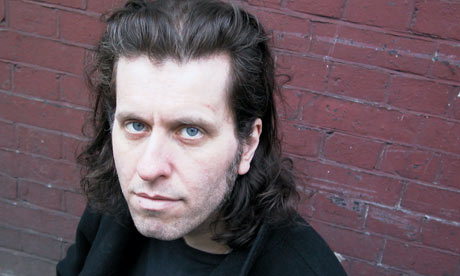 Mark Mulcahy is an American musician and former front-man for the New Haven, Connecticut-based band Miracle Legion in the 1980s to mid-1990s. The band earned modest renown, especially in their native New England region, but disbanded after a sad turn of events with their record label, Morgan Creek Records. Mulchahy soon formed Polaris, a house band for the mid-1990s alternative television series The Adventures of Pete & Pete (1993–1996). They are perhaps best remembered for the song "Hey Sandy" as it was featured in the opening credits of each show, and for nostalgic tunes such as "Waiting for October" and "Saturnine". Following the cancellation of Pete & Pete, Mulcahy found himself playing his own shows in New York City and building up his career from a shadowy past. Mulcahy has opened for many notable artists including Oasis and Jeff Buckley and received homage from Radiohead frontman Thom Yorke, who dedicated a song to Mulcahy at a Bostonshow. Mark is still working on his solo career today via his own label Mezzotint.com.