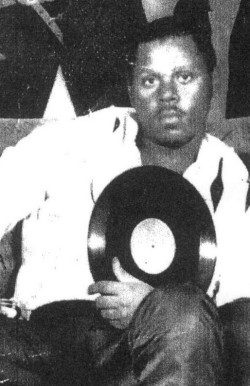 From the Los Angeles Times, "Uncle Jamm's Army Was the West Coast's Real-Life Answer to The Get Down," September 7, 2016:

Clayton's first party, Industrial Shop, was in his father’s garage. It was 1973 and he had just finished the ninth grade. For 50 cents, partygoers funked it up while psychedelic light beams swirled around them. Dr. John’s “Right Place, Right Time” was spinning on a little record player hooked up to a speaker.

Throughout high school, Clayton continued to throw house parties. After graduation, he worked at a factory by day and DJed at night. Disco hadn’t yet died, but Clayton's crowd was more into funk. “We were Rick James fans … and a lot of the dope gangsters wanted to hear funk. They didn’t want to hear no disco,” says Lester Malone, a DJ who in 1980 became a member of Clayton’s band of DJs, known as Uncle Jamm’s Army (UJA).