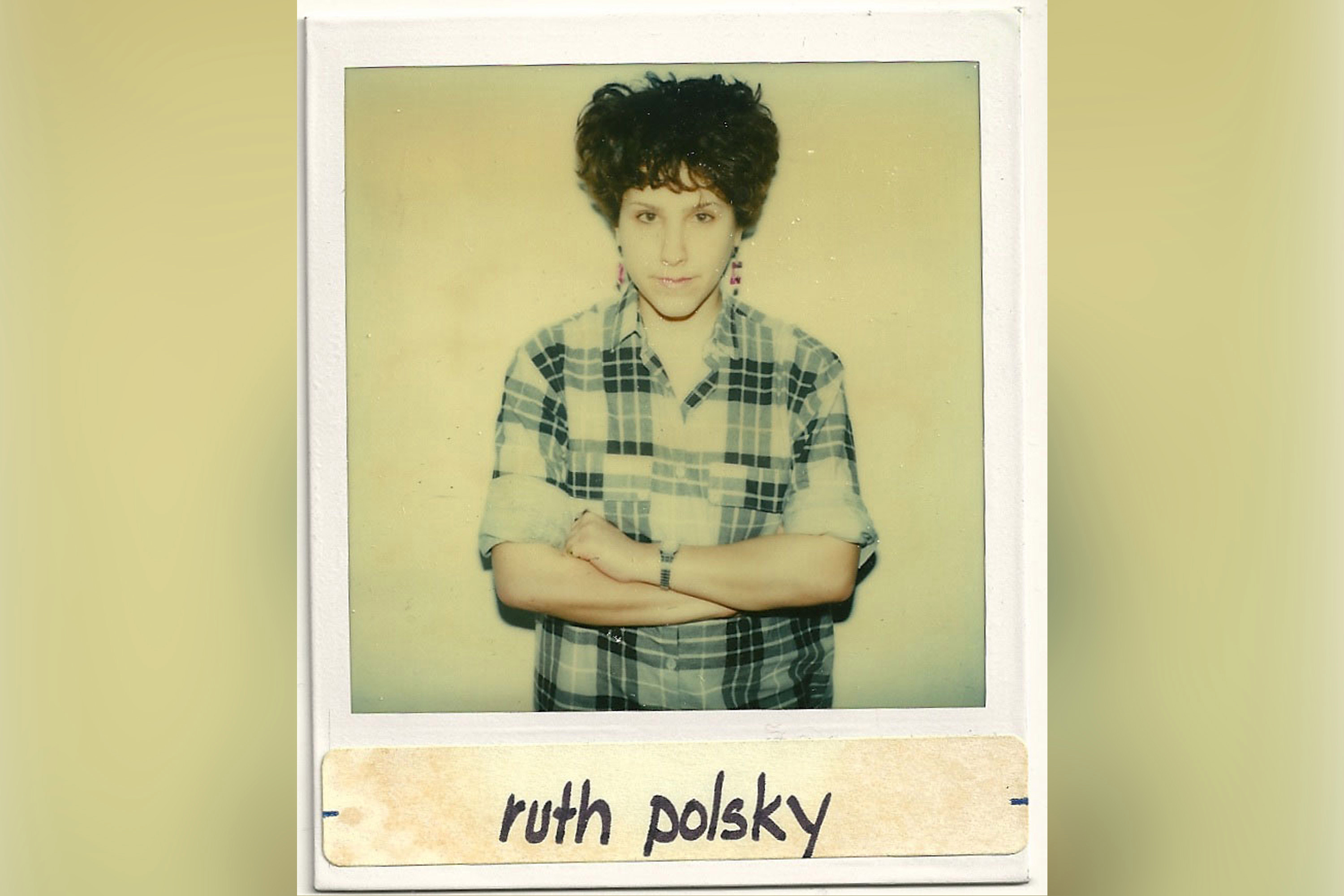 Polsky was raised in Toms River, New Jersey and graduated from Clark University, where she worked on the students newspaper.

During the period 1979 until her death, Polsky was talent buyer at Hurrah and then Danceteria in New York, also promoting shows at The Ritz and booking bands out across the country. In this role she was crucial in breaking many, particularly UK-based, post-punk acts in the USA, including tours for The Smiths, New Order, Einstürzende Neubauten, The Only Ones, The Sisters of Mercy, The Birthday Party, Cocteau Twins, and The Chameleons. She worked closely with Shirley O'Loughlin at Rough Trade to bring in The Raincoats, Delta 5, Young Marble Giants, Cabaret Voltaire, The Go-Betweens, The Slits and The Pop Group for their US debuts. Ruth booked the Joy Division USA tour in May 1980, which was canceled after Ian Curtis' death. Other bands that got their first USA break via Polsky are The Cult, A Certain Ratio, Echo & the Bunnymen, Simple Minds, The Teardrop Explodes, Red Lorry Yellow Lorry, Gene Loves Jezebel, and the Jesus & Mary Chain.

She died after being crushed by a runaway cab on the steps of the Limelight club in New York.

A driver for a car service has been charged with running a red light after his vehicle collided with a taxicab that spun out of control, struck and killed a woman in front of the Limelight discotheque in Chelsea, the police said yesterday.

The victim, who was killed instantly Sunday night when the cab pinned her against the front of the building at 47 West 20th Street, was identified yesterday as Ruth Polsky of 90 West Houston Street, according to a police spokesman, Officer Joseph McConville.

Ms. Polsky was a booking agent for local clubs and discotheques and was well known in the industry, according to a spokesman for the discotheque, Robert Bradley.

''We're all in a complete state of shock,'' Mr. Bradley said yesterday. ''It's horrible in the first place but it's devastating when it was somebody as well-liked as Ruth.''

Blind Dates was Ruth Polsky’s booking organization that booked the show and worked with many Factory bands in New York at the time.

Ruth left Wormtown after matriculating from Clark University where, in the campus newspaper, she wrote passionately about the new explosion in music happening in London and Manhattan. She landed, briefly, to write a music column for The Aquarian in her home state of New Jersey before jetting off to England. It was there that she forged the carbon-strength connections that ferried so many musical visions across the pond.

As the talent buyer for two of the most influential Manhattan clubs promoting new musical vistas, first Hurrah’s, and later Danceteria, Ruth had enough backing to not only pay for the artists to come over to perform on her stages but also to funnel them down to us in Boston.

The list of artists she helped introduce to America is a veritable who’s who of post punk and beyond.

The Smiths, New Order, Einstürzende Neubauten, The Only Ones, The Sisters of Mercy, The Birthday Party, Cocteau Twins, The Raincoats, Delta 5, Young Marble Giants, Cabaret Voltaire, The Go-Betweens, The Slits, The Pop Group, A Certain Ratio, Echo & the Bunnymen, Simple Minds, The Teardrop Explodes, Red Lorry Yellow Lorry, Gene Loves Jezebel and the Jesus & Mary Chain, the list goes on and on.

Unlike many of her peers at the time she was just as avid in her promotion of local artists as she was of British ones. She used her muscle to arrange the first European shows for NYC stalwarts like The Db’s, The Fleshtones, Raybeats, Bush Tetras, The Bongos, and Polyrock.