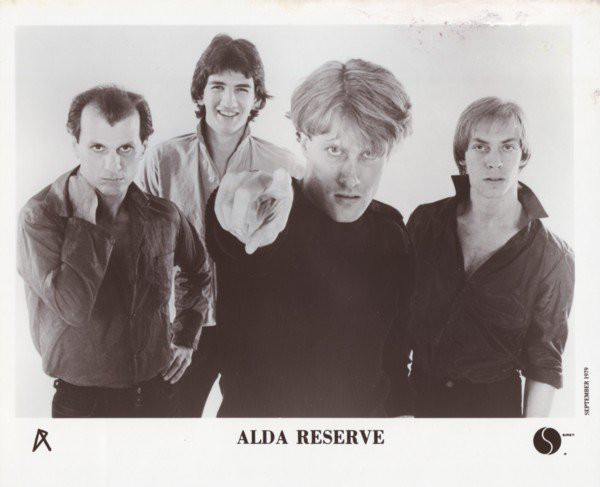 Alda Reserve weren't exactly like the Misfits really. Well surely not quite as heavy or noisy. They reminded me more of those kind of bar-bands I remember from my college years (late 80s), often having a keyboard player with a Rhodes, Clavinova or cheap dimestore Casio. Although Alda Reserve had lingering 70s punk grit under their fingernails, thanks to Mark Suall's overdriven sub-Lenny Kaye guitar. Also Matthew 'Chips' Patuto had that clunky drumming style I imagine someone with that nickname would have.

Matt’s other side created music with the group Alda Reserve, a new wave band that signed with Sire Records and did concerts with The Ramones, Iggy Pop, The David Johannson Band and The B 52’s.  Alda headlined their own shows at CBGB’s, Max’s Kansas City, Tramps, and Trax in New York and sold out shows in Philadelphia at the Hot Club and at the studios of WMMR radio station. After 2 successful albums and several tours of the states, the road took its toll and it was time to seek out new avenues, so Matt headed back to college to get his MA in music.