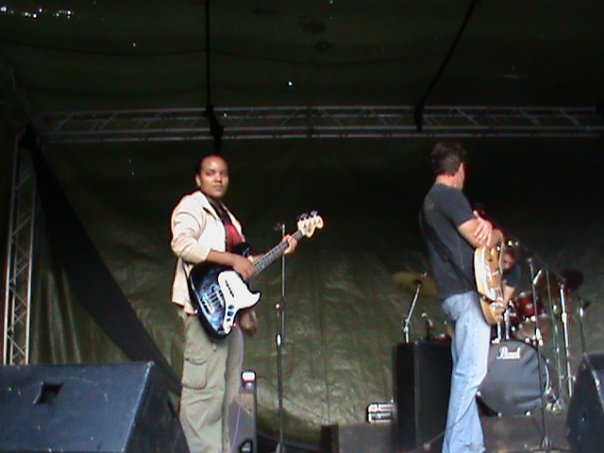 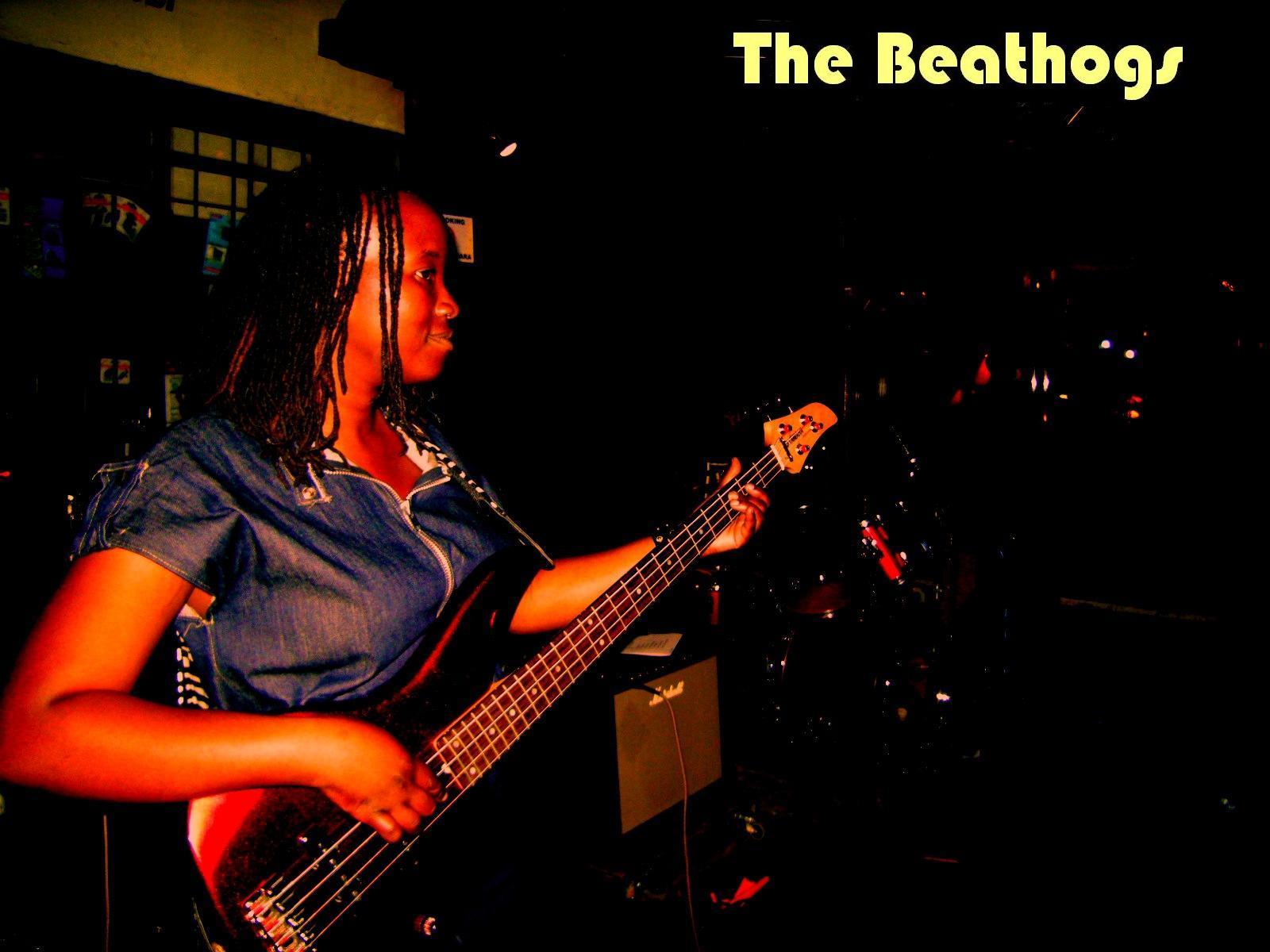 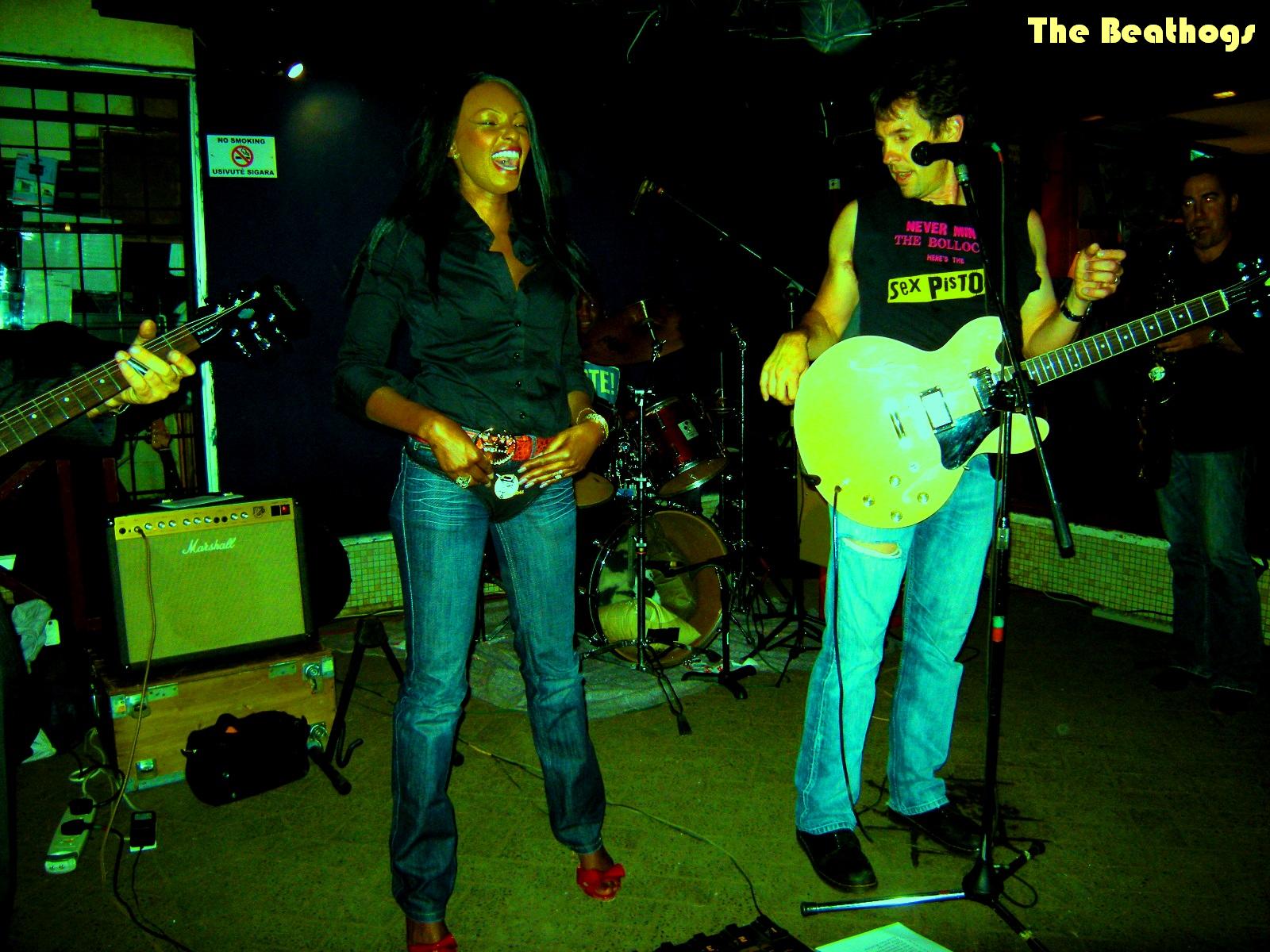 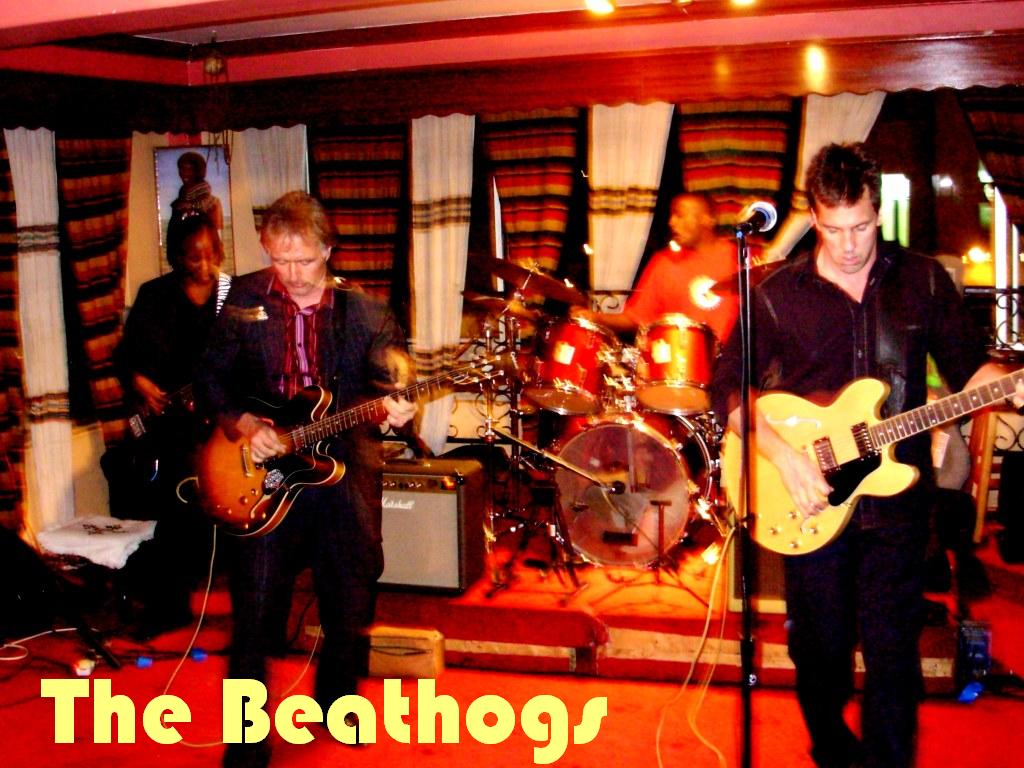 The Beathogs are a "psycho-blues" band from Nairobi, Kenya. They were originally formed in 2006 by the expatriate duo of American David Rinck aka Dave Wallflower and Swissman Gilbert "Charlie" Barthe. They were joined by Kenyan veterans Tom "Toma" Thomas of M2O and Josephine Achola of Murfy's Flaw. The Beathogs made a name for themselves as the Thursday house band at Das, a second floor Ethiopian restaurant and then emerging nexus of the underground rock scene in Nairobi. They went on to play numerous raucous events around the city, and were the focus of several well-publicized scandals, including the Beathogs g-string "promotions", in which members of the band tossed undergarments emblazoned with the band's logo to the first members of the audience to dance. The mainstay of their set-lists were "rocked-up" old blues tunes and original numbers, though they also frequently covered punk rock and underground American bands like The New York Dolls, Johnny Thunders, The Ramones and The Velvet Underground as well.

Following Josephine's and Toma's departure, the band went through many line-up changes, including briefly featuring Joanna Hoff of Murfy's Flaw on keyboards. Kenya rock journalist Njeri Rich Muchai joined on bass guitar in 2008. Muchai added significantly to the band's repertoire, and her solo composition "Can't Please Everybody" featured prominently in the band's set for several years.

In 2009, the Beathogs recorded five tunes for local compilations at GoDown Studios in Nairobi, even in the midst of line-up changes, with English veteran Matt Smawfield taking over Barthe's place on lead guitar, GQ Kenya model Ella Mberia coming in on lead vocals, and German Simon Renk taking over the drums. The tunes were intended for a full CD to be entitled variously "Psychobeat" or "The Year of the Beat", but remain to this day unreleased.

Following the recording, the band would shed its controversial image somewhat. In late 2008 they settled on Englishman Andy Salmon as drummer, while well-known soul and Africana soloist Denise Gordon would take on lead vocal duties, moves that lent the band a more soul and R&B flavor. Although all of the band's founding members are now long gone, as of the time of writing, the Hogz continue to play regularly around Kenya, albeit with a totally different sound and line-up.