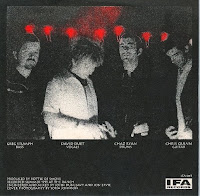 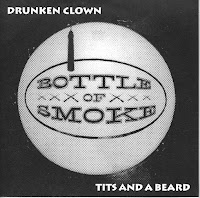 This was a band by former members of Cat Butt, the U-Men and Truly in 1994. Founding members were David Duet (Cat Butt), Charlie Ryan (U-Men, Crows), Greg Stumph (Crows) and Chris Quinn (Truly, SGM). They released a 7" single in 1996, followed by the album "A Wrench in the Monkey Works" in 1997. After some lineup (read: guitarist) changes, Bottle of Smoke disbanded in 2000 after having recorded some final yet to this day unreleased demos including Tom Price (U-Men, Cat Butt, Gas Huffer, Monkeywrench) on second guitar.