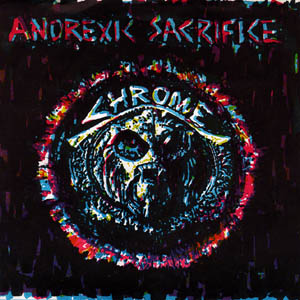 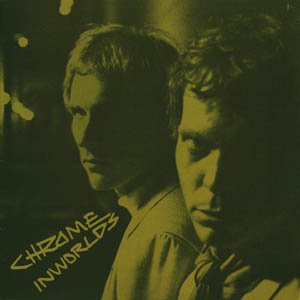 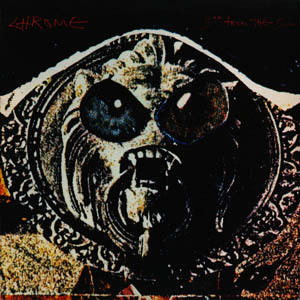 n 1976, Damon Edge and Gary Spain formed Chrome in San Francisco.  According to the Encyclopedia of Popular Music, the line-up for the recording of The Visitation consisted of  John Lambdin (vocals, guitar, bass), Gary Spain (vocals, guitar, bass), Mike Low (guitar, synthesizer, bass) and Damon Edge (guitar,synthesizer, drums).  John was the only one with any "experience" having performed with the Flower Travellin' Band, an early '70s Japanese psychedelic group.

After recording Visitation, Mike Low left and auditions were held to fill the void.  Chrome did not like H at first since he showed up to the audition dressed in some kind of pirate outfit. After jamming for some time (hours-weeks?) it was clear to Damon that H was "the one" and he then convinced the other band members.