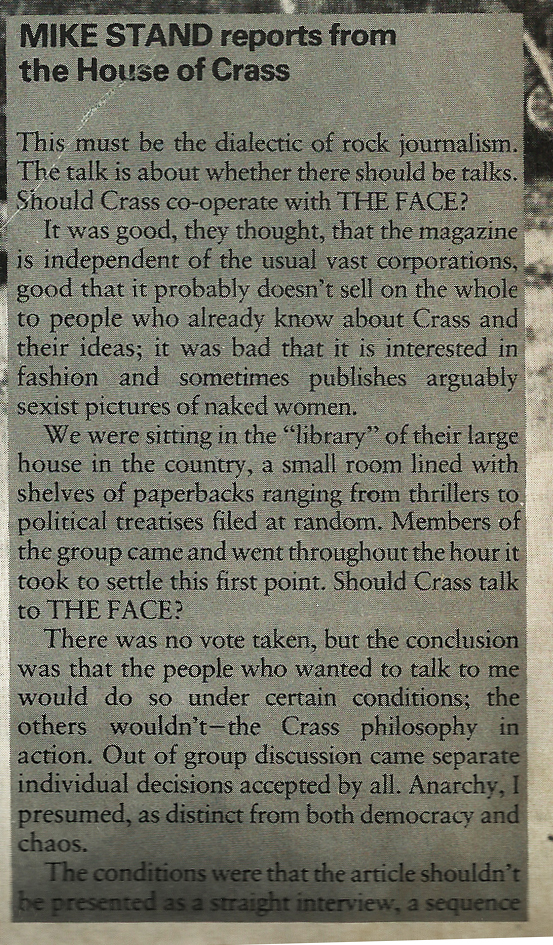 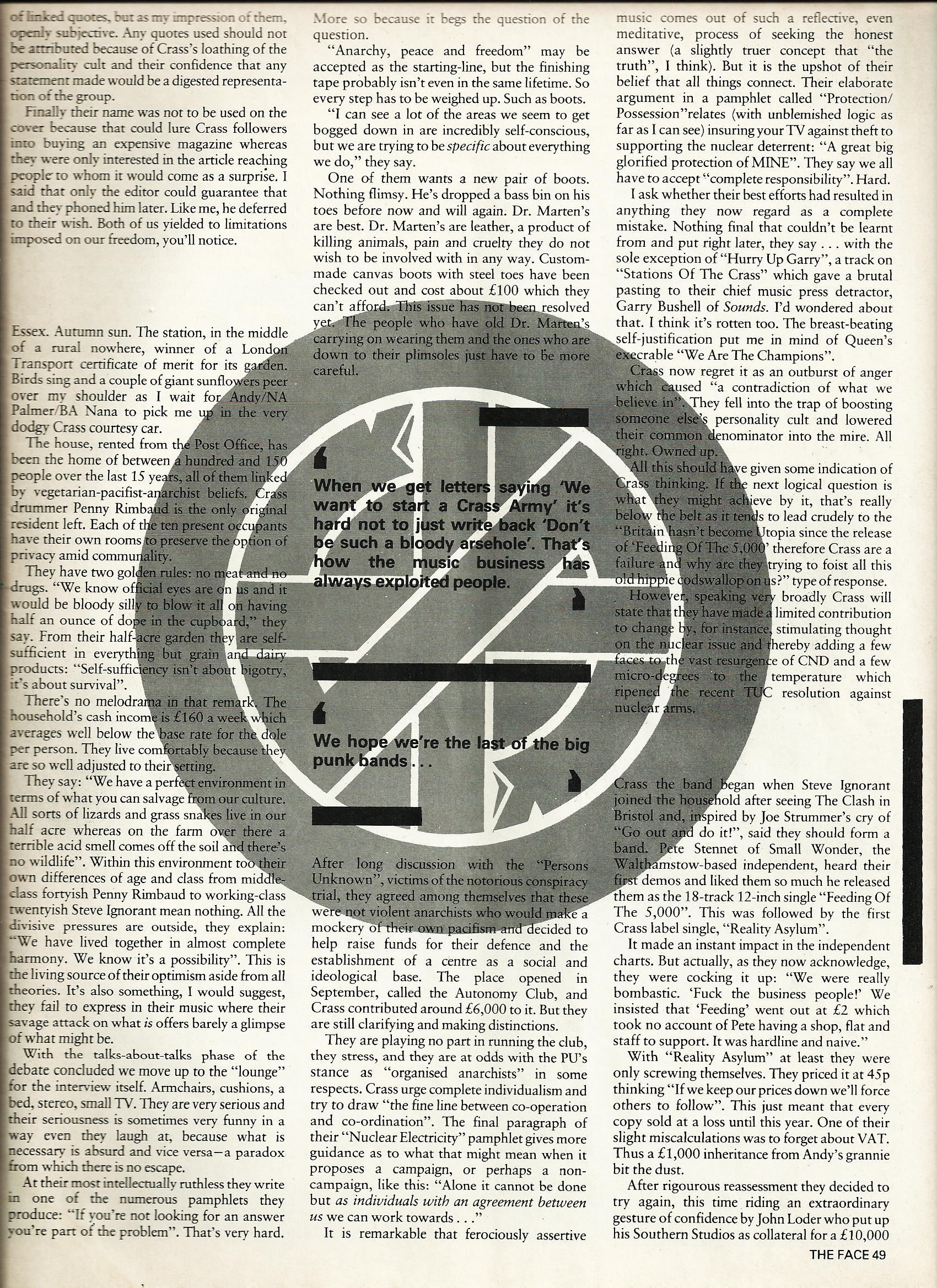 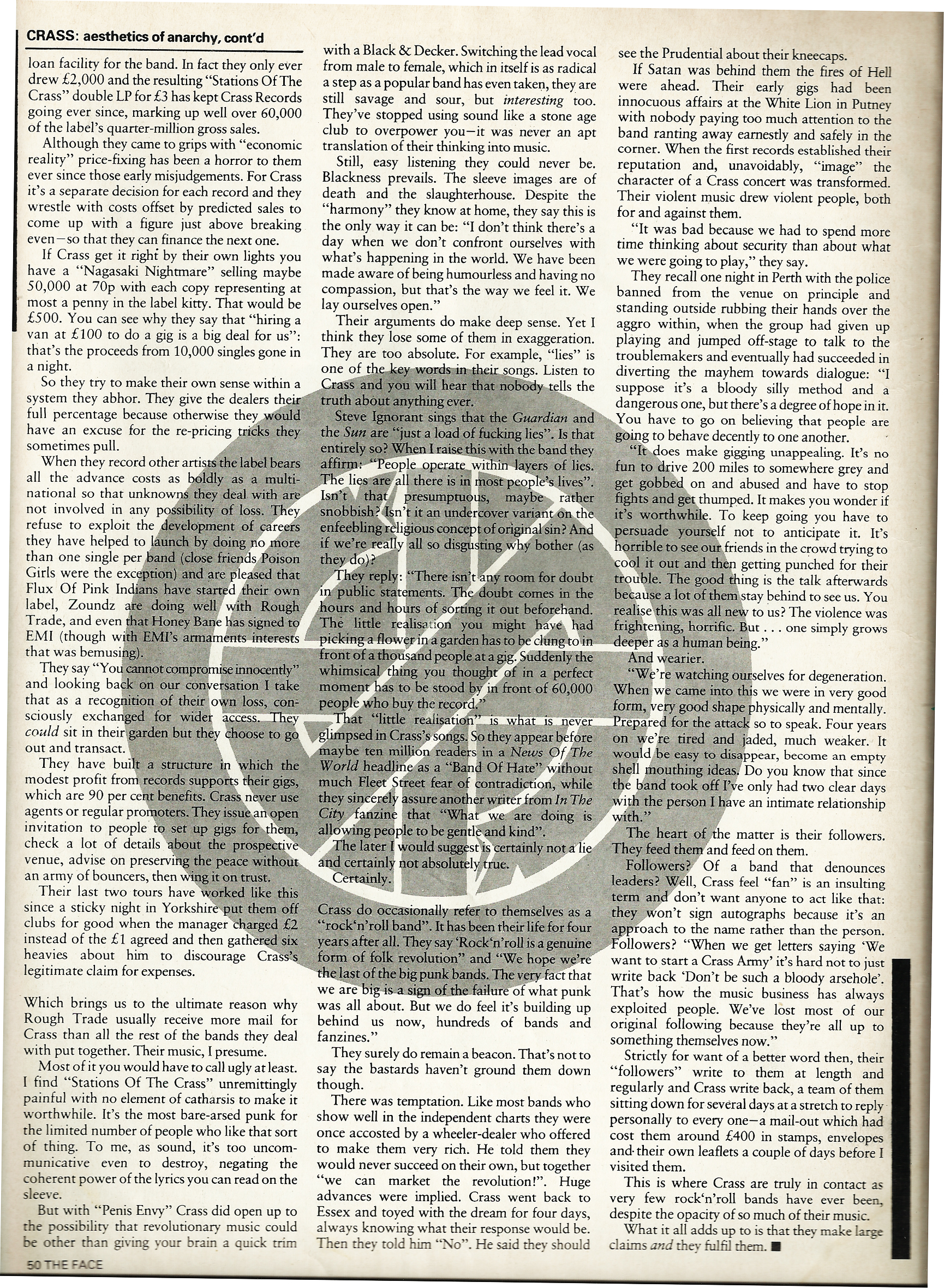 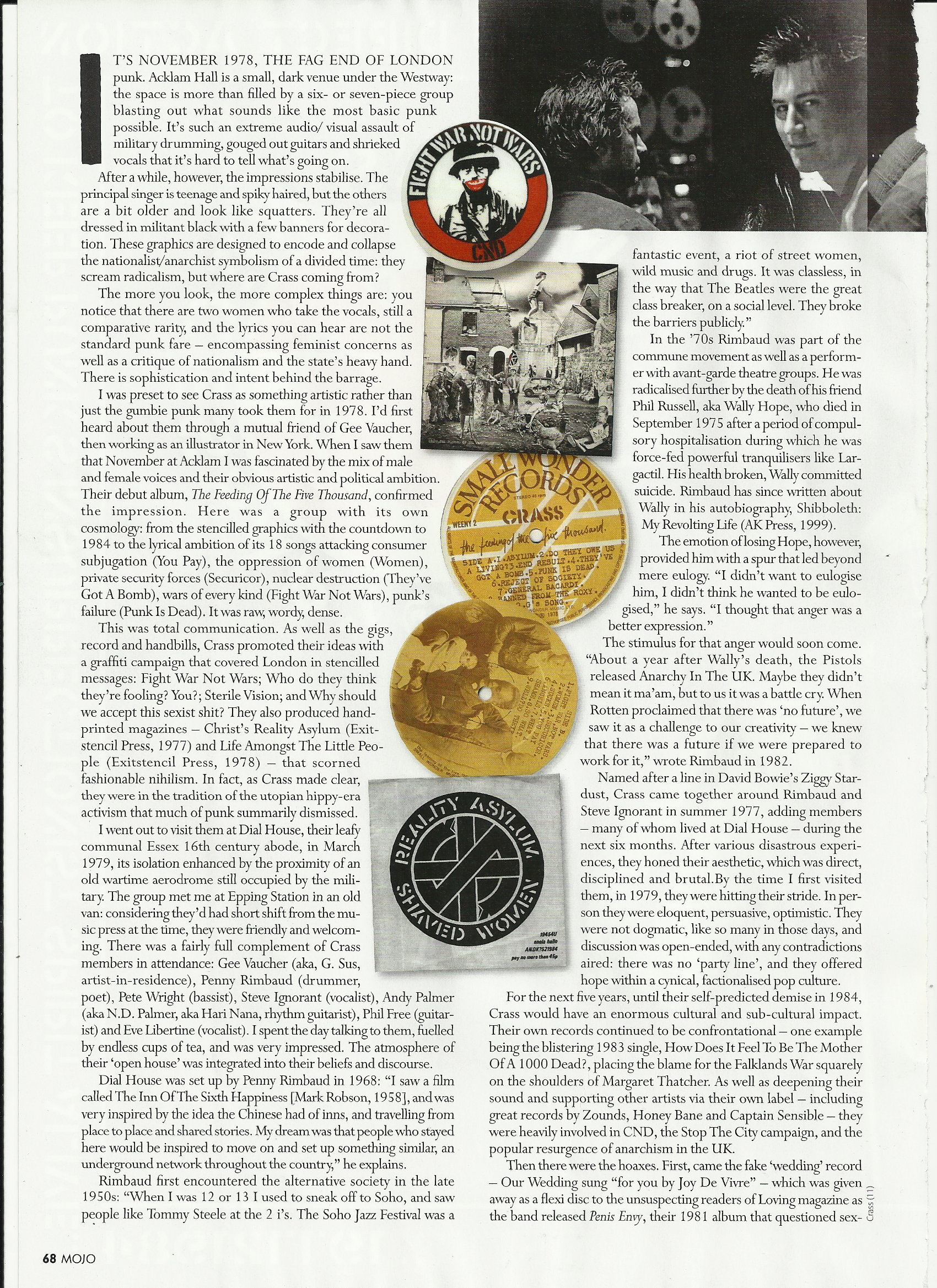 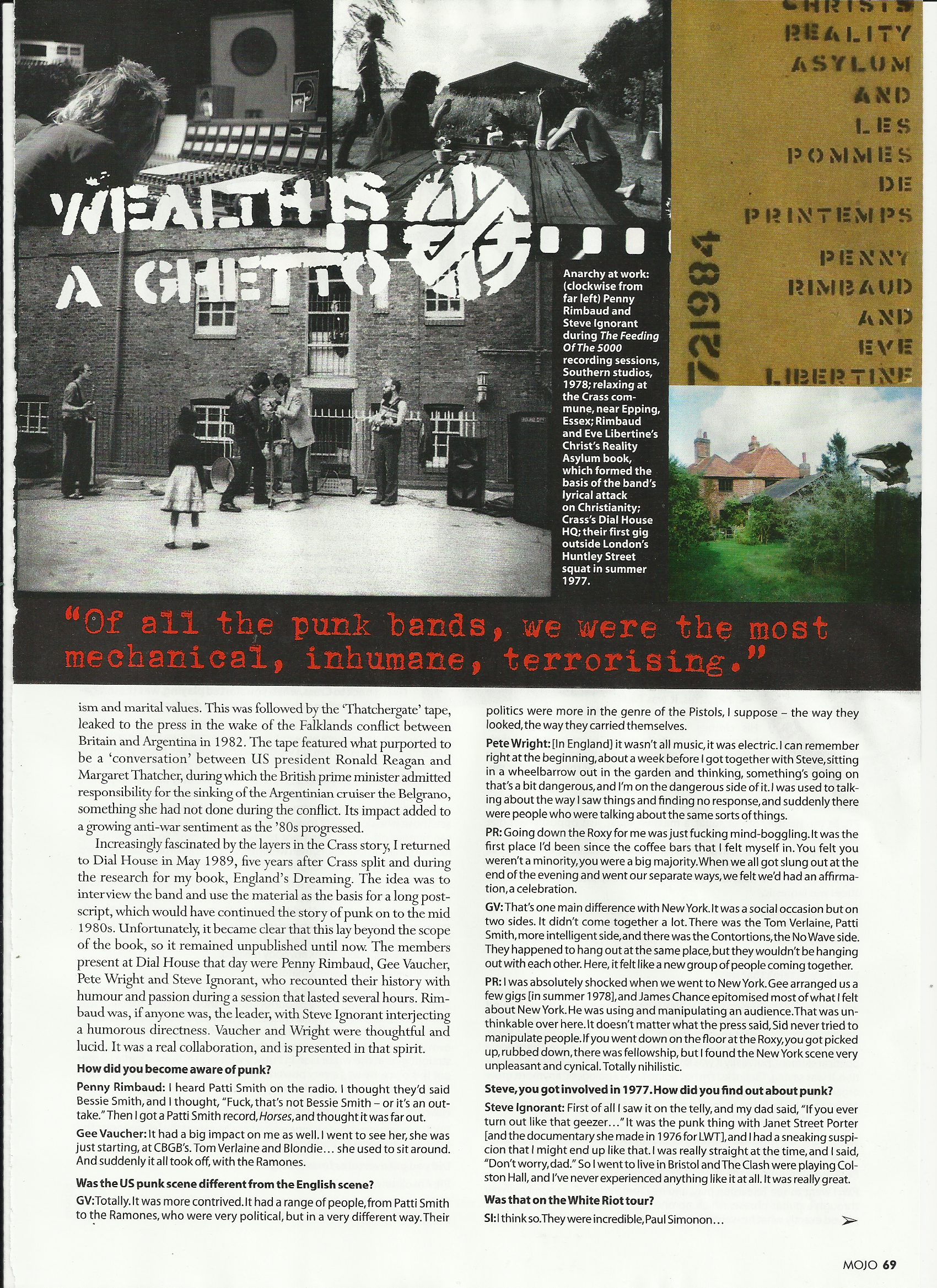 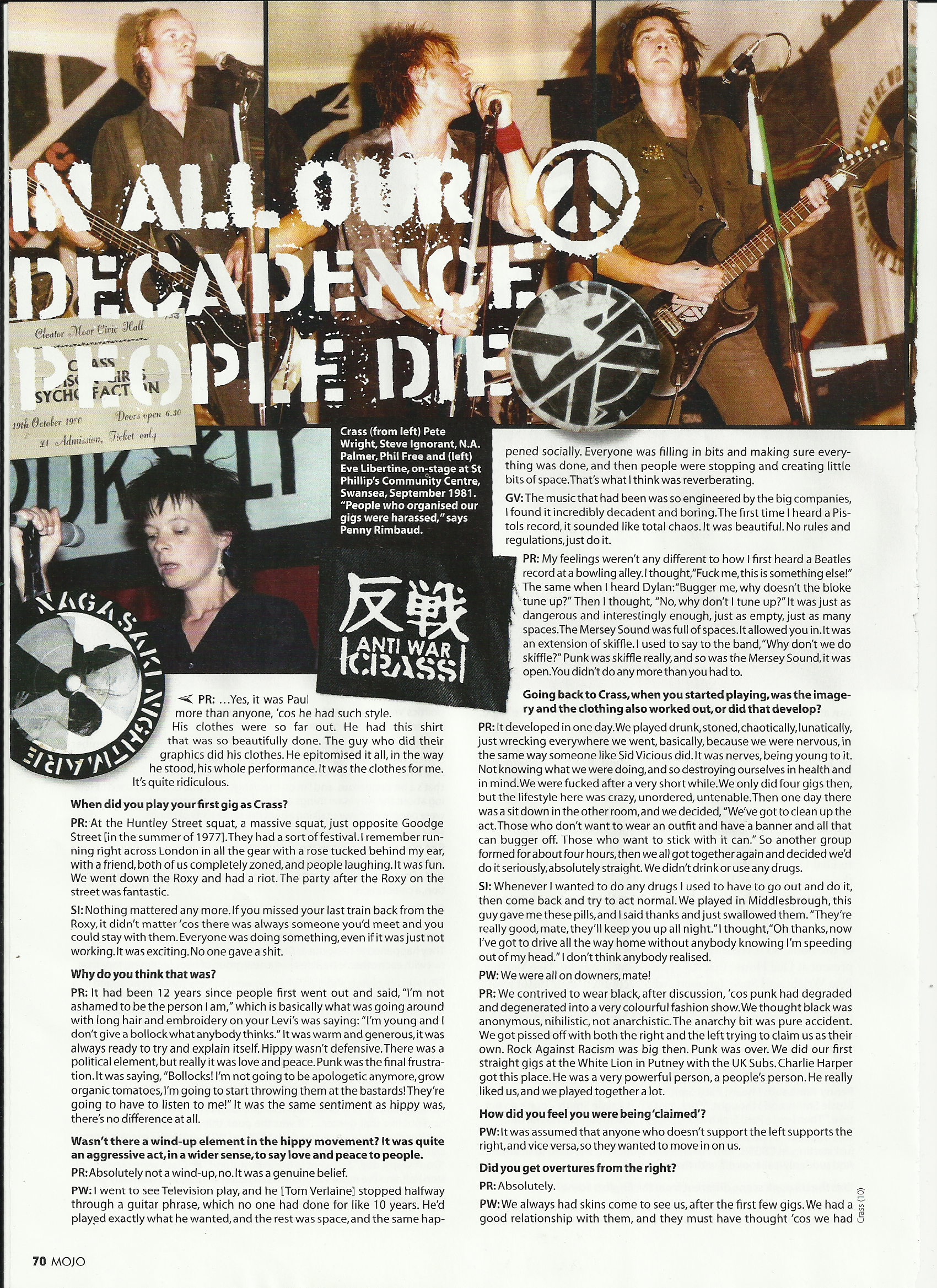 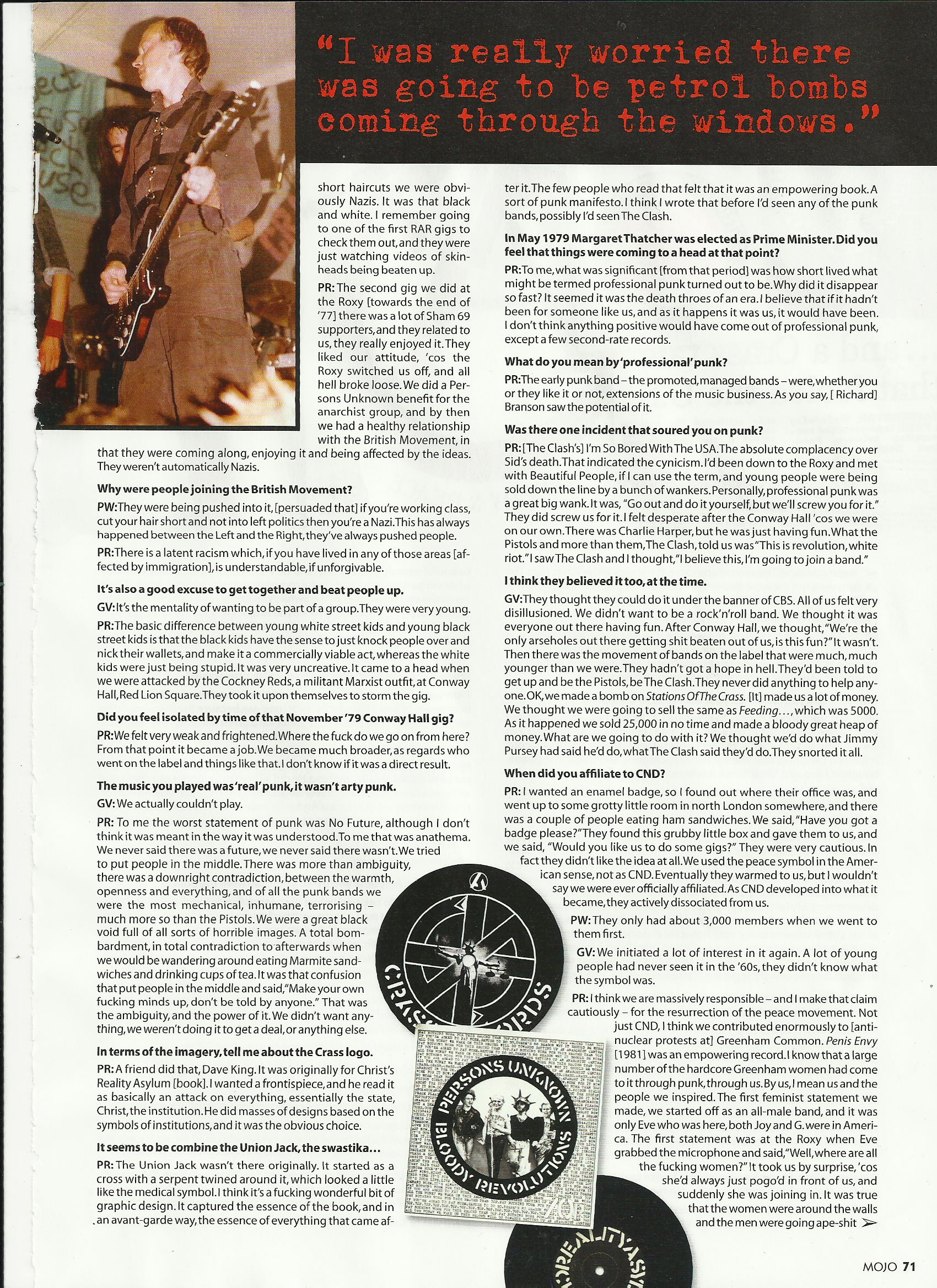 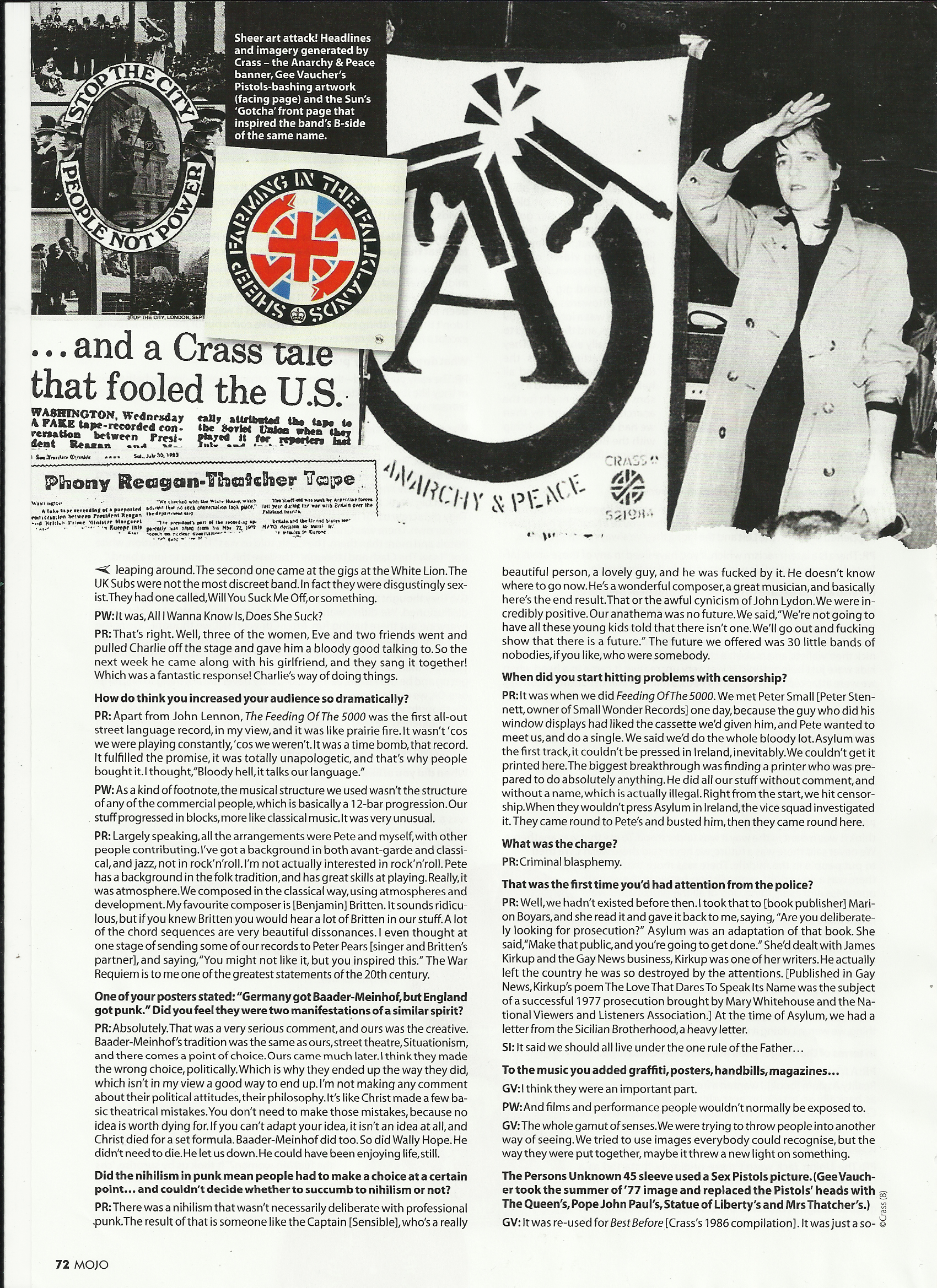 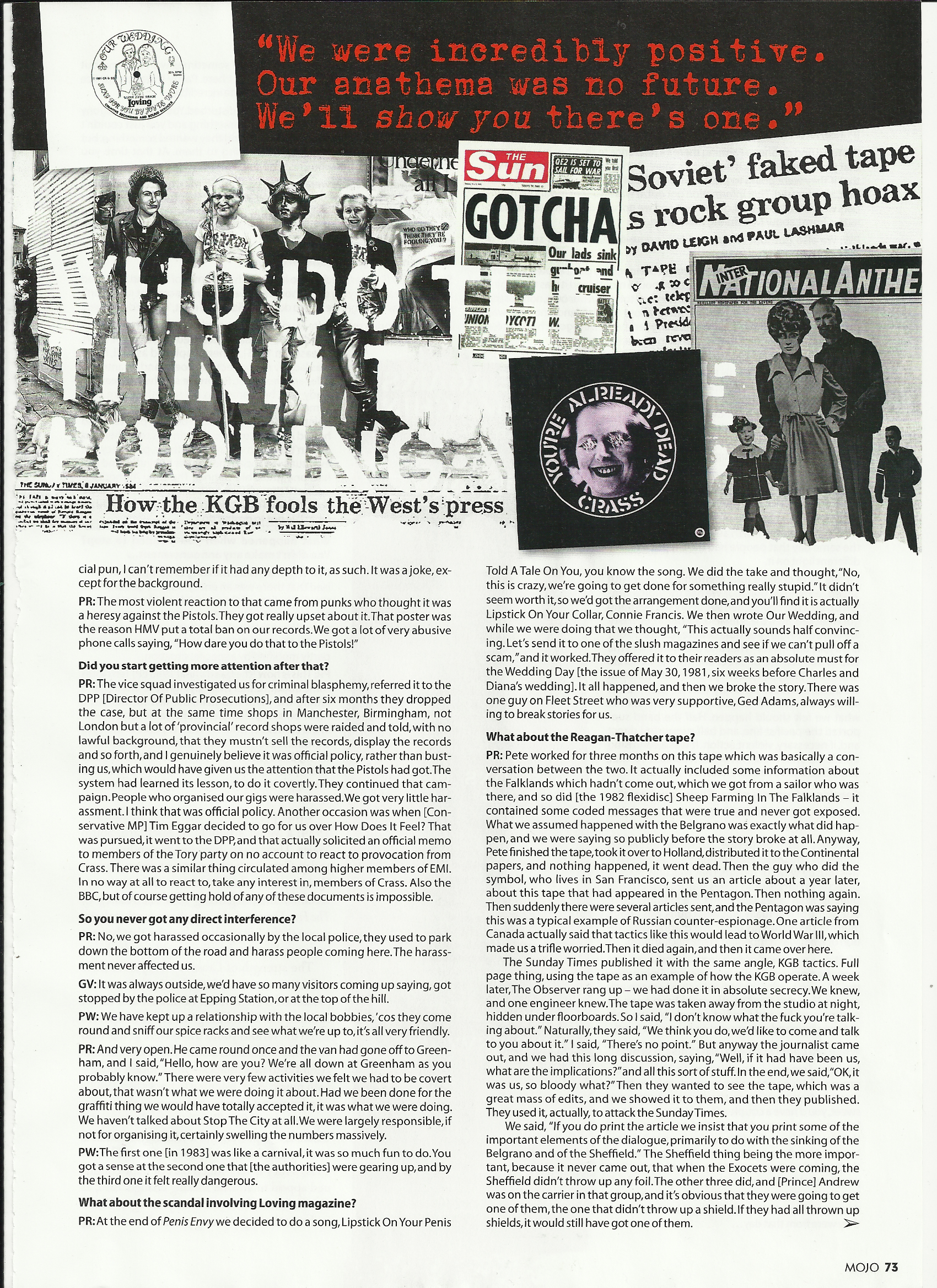 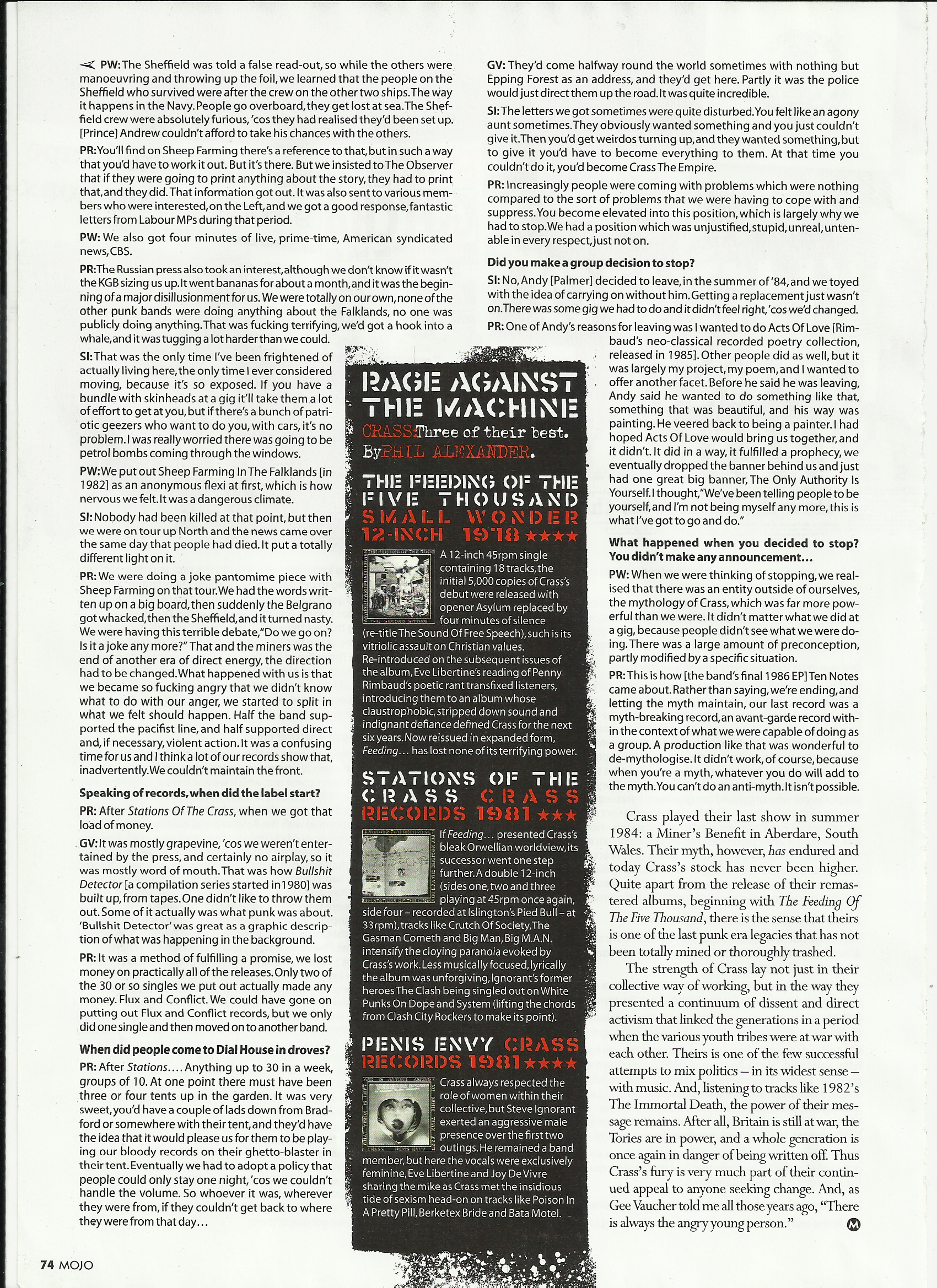 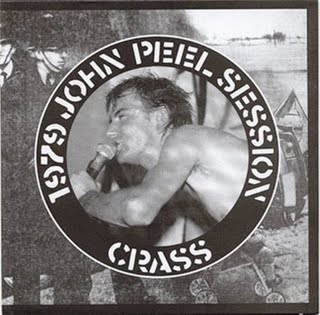 The band was based around Dial House, an open house community near Epping, Essex, when Dial House founder and former member of avant-garde performance art groups EXIT and Ceres Confusion Penny Rimbaud (real name Jeremy Ratter) began performing with Clash fan Steve Ignorant (real name Steve Williams), who was residing in the house at the time. Between them, they produced the songs "So What?" and "Do They Owe Us A Living?" as a drums and vocals duo. For a short period of time, they called themselves Stormtrooper, before choosing the name Crass, a reference to the David Bowie song "Ziggy Stardust," specifically the line "The kids was just crass."