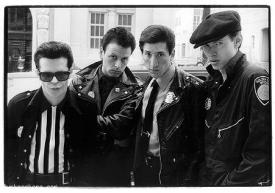 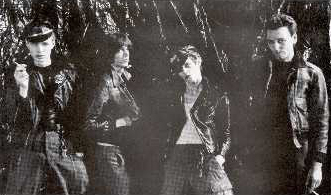 Crime was an early American punk band from San Francisco. The band was formed in 1976 by Johnny Strike (vocals, guitar), Frankie Fix (vocals, guitar), Ron "The Ripper" Greco (bass; ex-Flamin' Groovies), and Ricky Tractor (Ricky Williams) (drums). Their debut, the self-financed double A-side, "Hot Wire My Heart" and "Baby You're So Repulsive", appeared at the end of 1976, and is the first single released by a U.S. punk act from the West Coast.