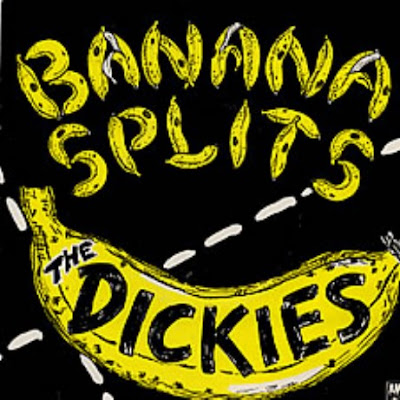 The Dickies' style is campy and humorous, influenced by The Ramones, for whom they sometimes opened.[citation needed] The Dickies are popular in the United Kingdom, and had a Top 10 single with "Banana Splits (Tra La La Song)" in 1979. Many of their lyrics concern Southern California culture, rife with references and in-jokes; examples include songs like "Waterslide", "I'm A Cholo", "Manny, Moe, and Jack", and "(I'm Stuck in a Pagoda with) Tricia Toyota". They are also known for recording several fast-paced punk covers of classic rock songs, including the Moody Blues' "Nights in White Satin", Black Sabbath's "Paranoid", Barry McGuire's "Eve of Destruction", and the Human Beinz' "Nobody but Me". They have also covered Pretty Ballerina, a song by The Left Banke, as well as "Hair".