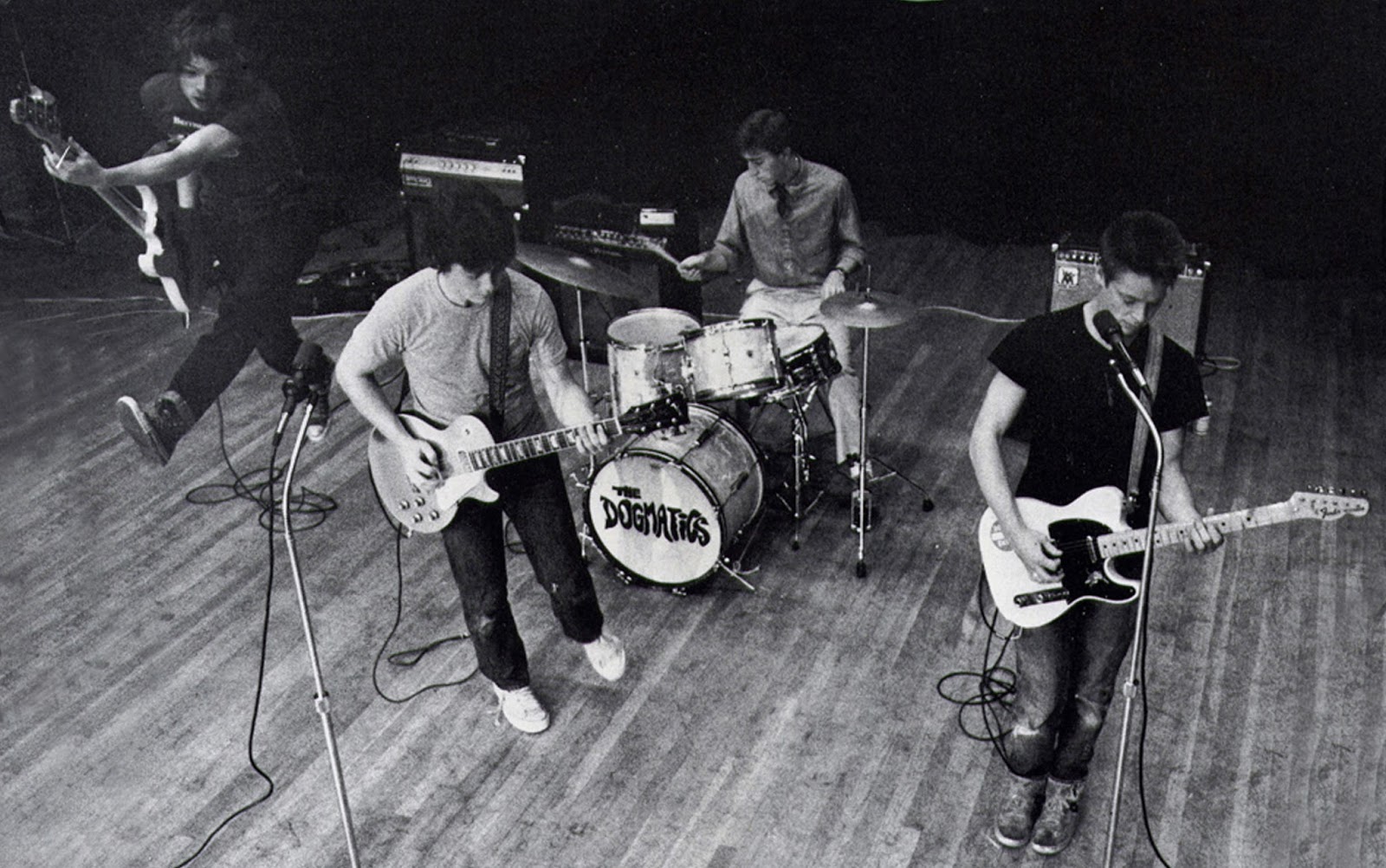 After a short stint in the late 1970s with the South Shore band the Savage Beasties, Dorchester native Paul O’Halloran got together with his brother Peter and their pal Jerry Lehane, and another friend, Dan Shannon, to form the Dogmatics — a crude, raucous punk band that played their first show at Cantones in 1981, and would regularly take the stage at The Rat and TT the Bears, performing originals such as “Teenagers on Drugs” and “Hardcore Rules.” Drummer Shannon quit after a year and was replaced by Tommy Long. After a single, “Gimme the Shakes,” and two EPs, as well as the addition of drummer John Goetchius, bassist Paul O’Halloran was killed in a 1986 motorcycle accident, and the band broke up. They reformed for a gig at The Rat in 1995, which coincided with the release of “The Dogmatics 1981-1986” on Shredder Records.