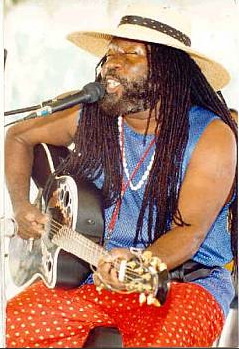 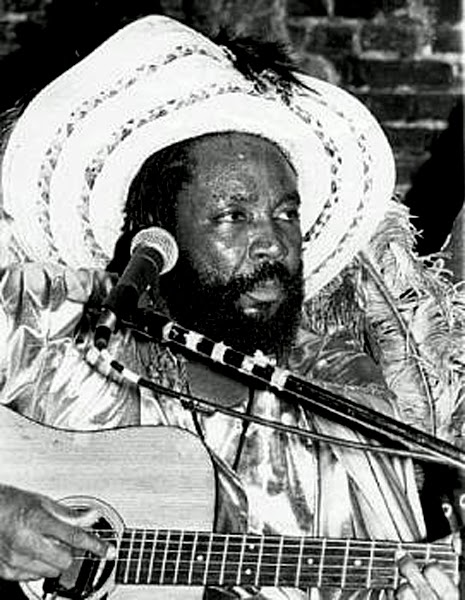 From "Exuma: The Obeah Man":

* He was a spirit who came from a planet, now extinct, brought to us on a lightning bolt, who had communed with Charon, the ferryman of the River Styx and Vodun priests.  When he informed the world of his travels and even warned of Armageddon, he left the Earth, perhaps tiring of the corporeal and moving to the ethereal.

* He was born McFarlane Anthony McKay on Cat Island in the Bahamas in the early 1940's.  He then relocated to New York, to study architecture at the age of 17.  He ran out of money for his studies and in 1962, participated in folk music hootenannies.  Gaining confidence, he started a group called Tony McKay and the Islanders.  He also was in a show called A Little of This 'n' That in 1965, along with Richie Havens.

* He was a marketing nightmare.  Who knew how to peg him?  Finding his records has never been an easy task.  Often, through dint of color, he was placed in the Soul or R&B bin, even though his music, while soulful, does not belong in either.  When his first album was released in 1970, there were sections for music of other countries, however, since he lived in New York and recorded for Mercury, it may have looked out of place there. His music was not Ska or Reggae.  He was a contemporary of Bob Dylan's and Peter Paul and Mary, even playing the Café Wha? and the Bitter End in Greenwich Village, but his music wasn't quite from the same branch of Folk singing as Dylan, Woody Guthrie or Ramblin' Jack Elliott.  His albums couldn't be placed in Rock; besides, who would get it if it was put there?