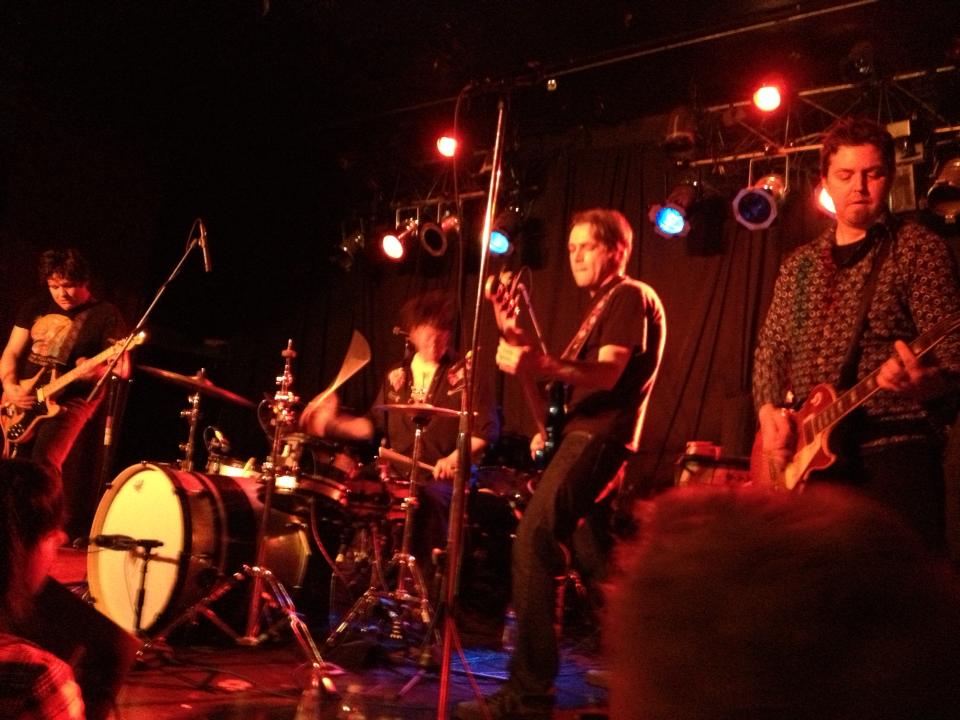 From What's Up magazine:

The original Fireballs are Kelly Gately and Von Wenner (both on guitar and vocals), Sammy James (drums), and Troy Warling (bass). They formed in the early 90s in Missoula, MT as a punk band called Honky Sausage, and built a following and did some touring. They felt the name may have been too much of a “college town party name” and didn’t fit the direction they were heading in, so they started kicking around new ideas. In 1995, while on tour with the Reverend Horton Heat, a radio DJ referred to them as “the true fireballs of freedom, Honky Sausage,” and with that, the band had their new name.