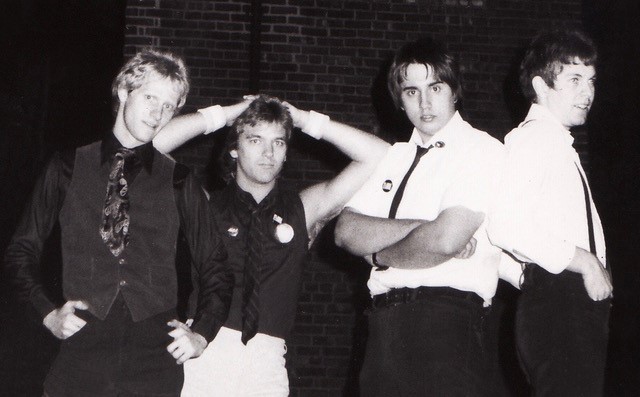 On Sept. 1, 1977, local power pop group The Flashcubes took the stage for the first time, blazing through The Beatles' "Hold Me Tight" for a small audience of puzzled drunks at The Brookside in DeWitt.

They would go on to play with The Ramones, The Runaways, The Police, The Romantics, Joe Jackson, Pat Benatar and The Jam. Their recordings and live shows would take them from Syracuse to Boston, New York City, Detroit, Cleveland, Los Angeles, even Japan.

From 'Who the Hell Are the Flashcubes?':

If you weren't a disaffected kid living in the sleepy Central New York town of Syracuse, NY in the late 70's, then you can be forgiven for not knowing the FLASHCUBES.

After all, the band was only together for a few years, and they never caught on outside their home town.

They played showcases as far a field as New York City, Boston, Philadelphia and Detroit, and released two 45s on their own, but they never snagged that ever-elusive record deal, never made that grand grab for the brass ring, and they were history by the time Ronald Reagan made it to #1 on the political pop charts.

If you've even heard of them, it's probably from their first single, "Christi Girl", which scored a berth on a couple of new wave compilation albums.

You weren't there, and you'll never know what you missed. But if you were there, you remember.