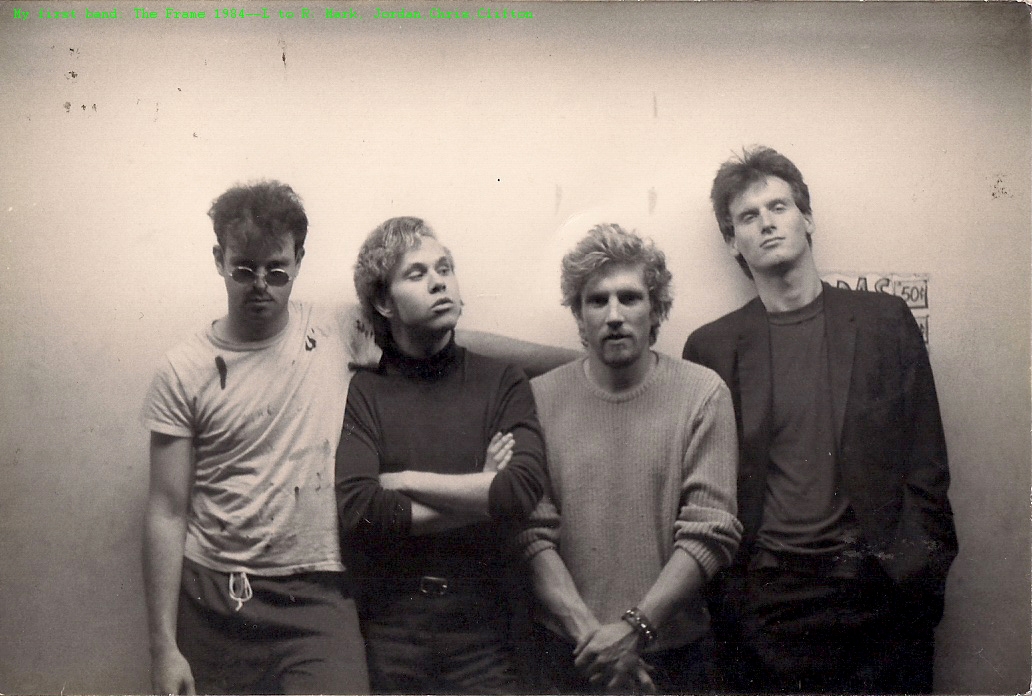 Another shot taken at Paradiddle's. 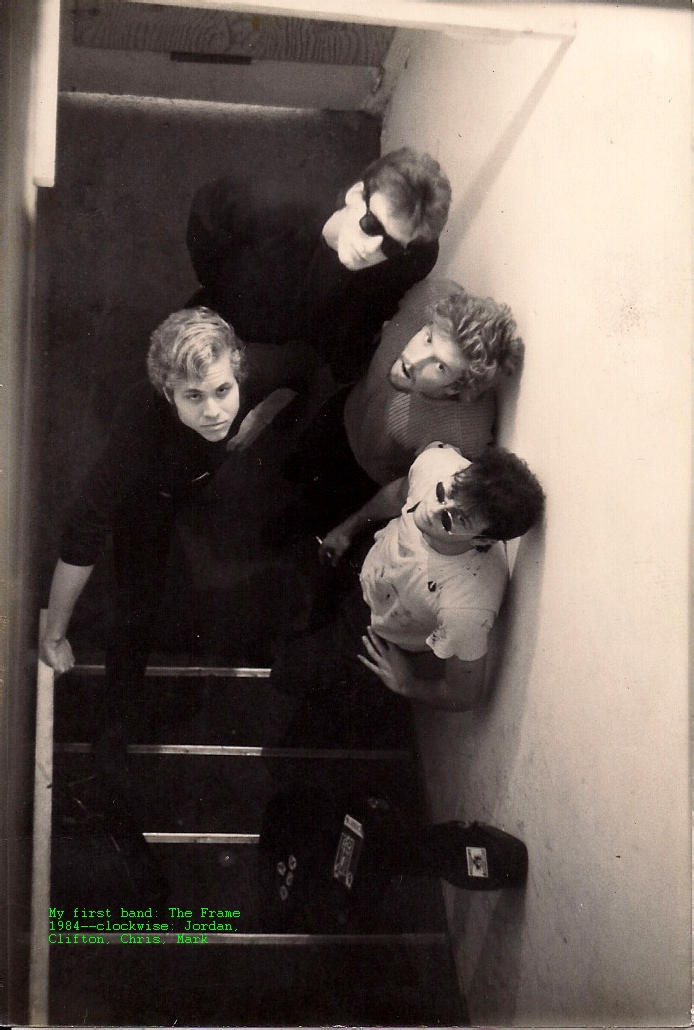 A shot of The Frame at Paradiddle's, a rehearsal spot in San Diego.
Connections
About This Act

From Che Underground: The Blog

To be clear, The Frame were not cool, nor especially well received when we played live. As three-chord wonders (sometimes two, sometimes one on “Triumph of the Will”) we were not mod, nor punk, despite hanging out within “the scene.”

We could not play our instruments well, were musically all over the map, didn’t have any semblance of a cohesive look, and co-ordinated/booked all our own shows. We invited other bands who could draw a crowd to play with us in order to get heard. Being broke, we would break into chem lecture halls at UCSD to practice. Sometimes we would just play outside on some UCSD loading dock that had a plug.