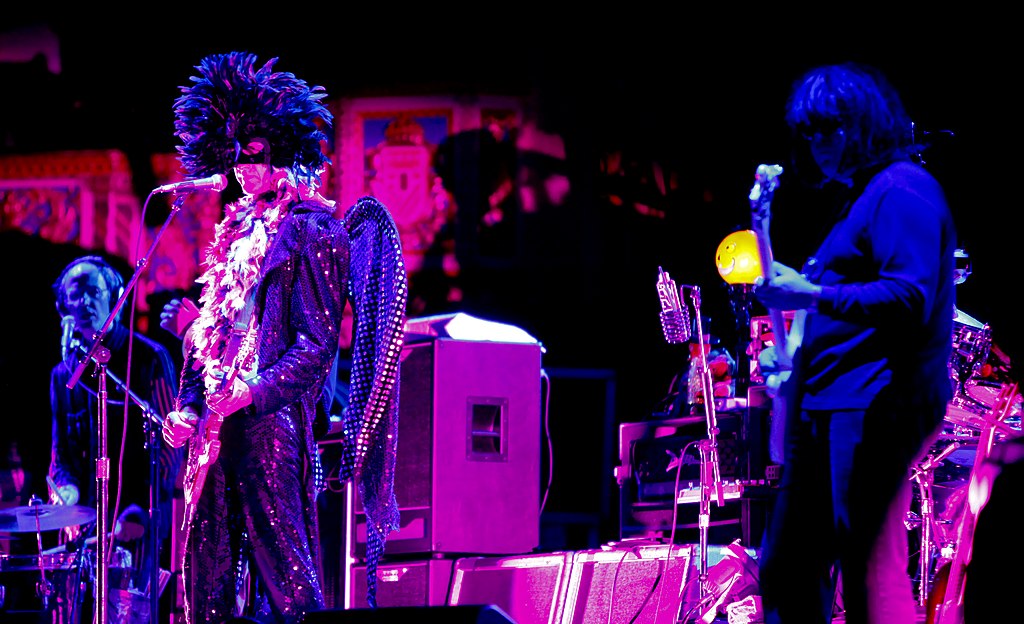 The Frogs Live at the Aragon Entertainment Center in Chicago, IL (Wikipedia)

The Frogs were an American rock music band founded in 1980, in Milwaukee, Wisconsin, by brothers Jimmy and Dennis Flemion. The brothers mainly wrote and performed short, catchy pop songs, but they are also known for their improvised home recordings which are delivered in a comedic style, and often include controversial issues such as race, religion, and sexuality (notably homoeroticism). A history of strife has hindered the band, although a devoted fan base that includes many well-known musicians has supported the group.

In 1980, Jimmy and Dennis Flemion first hit the stage at the 8th Note coffeehouse in Milwaukee as a duo. The brothers played under band names The Gila Monsters and The Stupid Frogs before settling on just the Frogs. With Jimmy Flemion on guitar and vocals, and Dennis Flemion on drums, vocals, and keyboards, the band expanded their sound with the addition of bass player Jay Tiller of Couch Flambeau in 1983. Over the years, the Frogs have enlisted nine bass players as temporary replacements or substitutes at their live shows. [Kelley] Deal and Eddie “King” Roeser of Urge Overkill are two of the band’s celebrity fans to have played bass for the band.