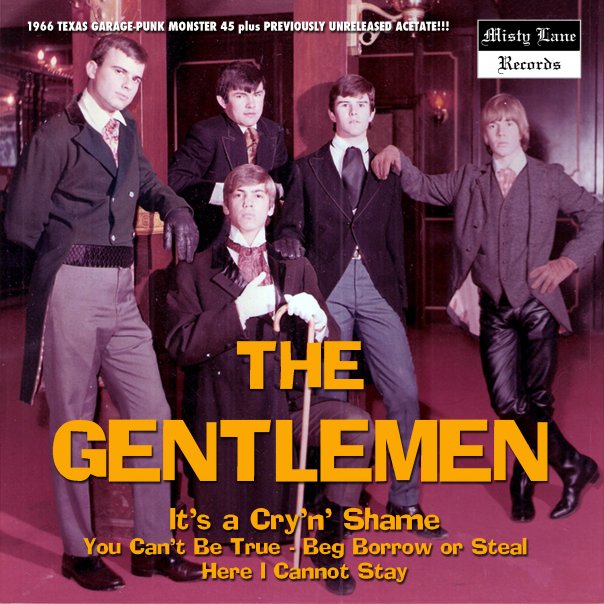 The Gentlemen were an American garage rock band from Dallas, Texas who were active from 1964-1968. They are best known for their 1966 song, "It's a Cry'n Shame," which has been recognized as one of the greatest songs in garage rock. The band is noted for the contributions of guitarist and songwriter, Seab Meador. Jimmie Vaughan, later a member the Fabulous Thunderbirds and brother of Stevie Ray Vaughan, served a brief stint for several months in the Gentlemen in late 1965 and early 1966, but did not appear on any of their recordings. He went on to play in another Dallas garage rock band, the Chessmen.