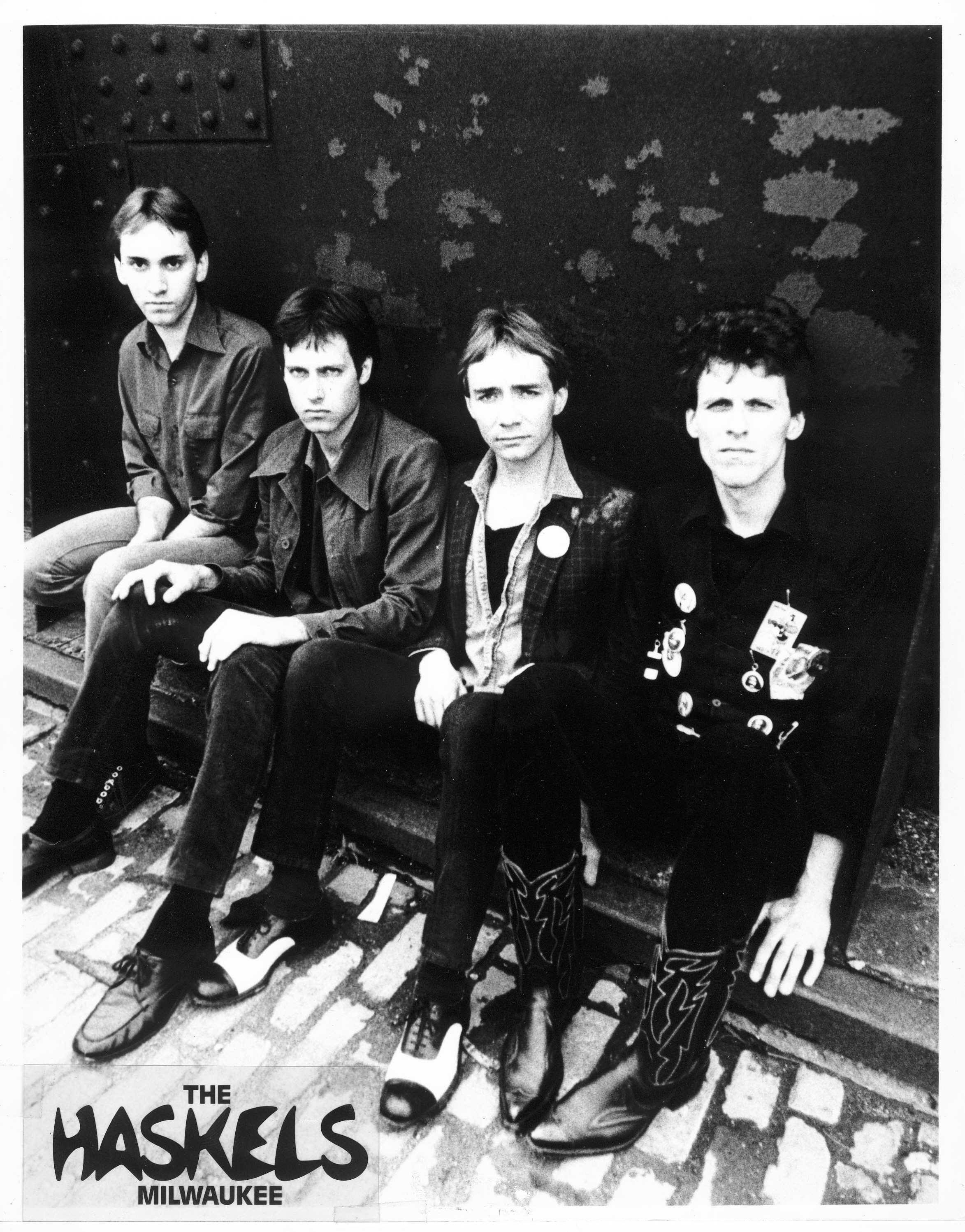 The Haskels were legendary. But by the time I started going to Zak's, their days of being the house band there were over and they were different, with bassist Richard LaValliere and drummer Guy Hoffman leaving to form the Oil Tasters. Even so, the Haskels to me was Presley Haskel, aka Jerome Brish.

I remember talking to Jerome at a bar one night about rock music and he was like a mentor — giving me advice and listening to what I had to say. I even rehearsed once for a new band he was forming but for my own reasons, I didn't join. His senseless death in 1991 (attacked by thugs) was a total shock because he was always so full of life.

Guy Hoffman made all the posters for the Haskels in those early days and he sent me some scans of the original artwork to show the colors and cut and paste work he did. He also shares his comments on the pieces. He also sent some of his original Oil Tasters poster work.