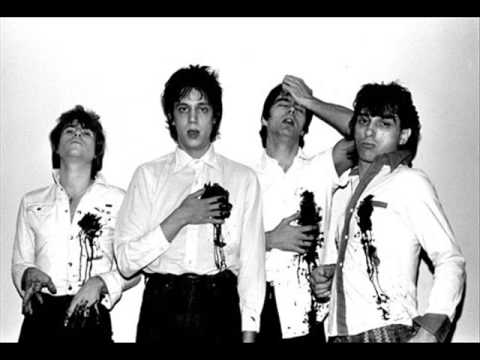 The Heartbreakers, also known as Johnny Thunders and the Heartbreakers to distinguish them from Tom Petty's band, were an American punk rock band, formed in New York City in May, 1975. The band spearheaded the first wave of punk rock.

In May 1975, Johnny Thunders (vocals/guitar) and Jerry Nolan (drums) quit the New York Dolls, the same week that Richard Hell(vocals/bass) left Television. Thunders and Nolan invited Hell to join their new band, and Hell quickly agreed. Their first gig was on May 31 of that year, at the Coventry, a rock club in Queens. The trio soon added Walter Lure (guitar/vocals) to the lineup. Lure had previously played with a glam-punk band called the Demons.

In early 1976 Thunders walked out on the lineup, due to Hell's attempts to impose his will on the band and on their performances, and Lure and Nolan followed, so in effect the band left Hell. Richard Hell was replaced by Billy Rath. Rath's first gig with the band was on July 23, 1976 at Max's Kansas City. Hell then went on to form his own band, with his name prominent in the band name: Richard Hell and the Voidoids.