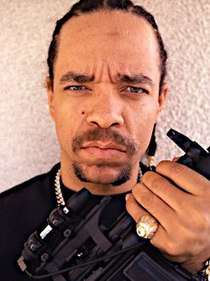 Tracy Lauren Marrow (born February 16, 1958) better known by his stage name Ice-T, is an American rapper and actor. He began his career as a rapper in the 1980s and was signed to Sire Records in 1987, when he released his debut album Rhyme Pays, one of the first hip-hop albums to carry an explicit content sticker. The next year, he founded the record label Rhyme $yndicate Records (named after his collective of fellow hip-hop artists called the 'Rhyme $yndicate') and released another album, Power.

He co-founded the heavy metal band Body Count, which he introduced in his 1991 album O.G.: Original Gangster. Body Count released its self-titled debut album in 1992.