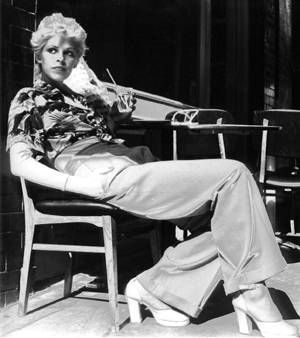 Judy Nylon is a widely influential multidisciplinary American artist who moved to London in 1970. She was half of the punk rock music group Snatch, which also featured fellow American expat Patti Palladin. Rock music aficionados living in New York City and London during the era spanning glam, punk and no wave are likely to appreciate her influence, the bulk of which has not been preserved in print nor on vinyl or CD. NME's Paul Tickell proclaimed her LP Pal Judy (1982), coproduced by Nylon and Adrian Sherwood, "a classic rainy day bit of sound and song to drift away to."