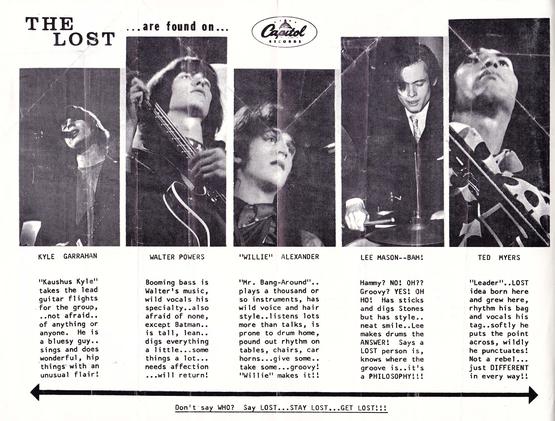 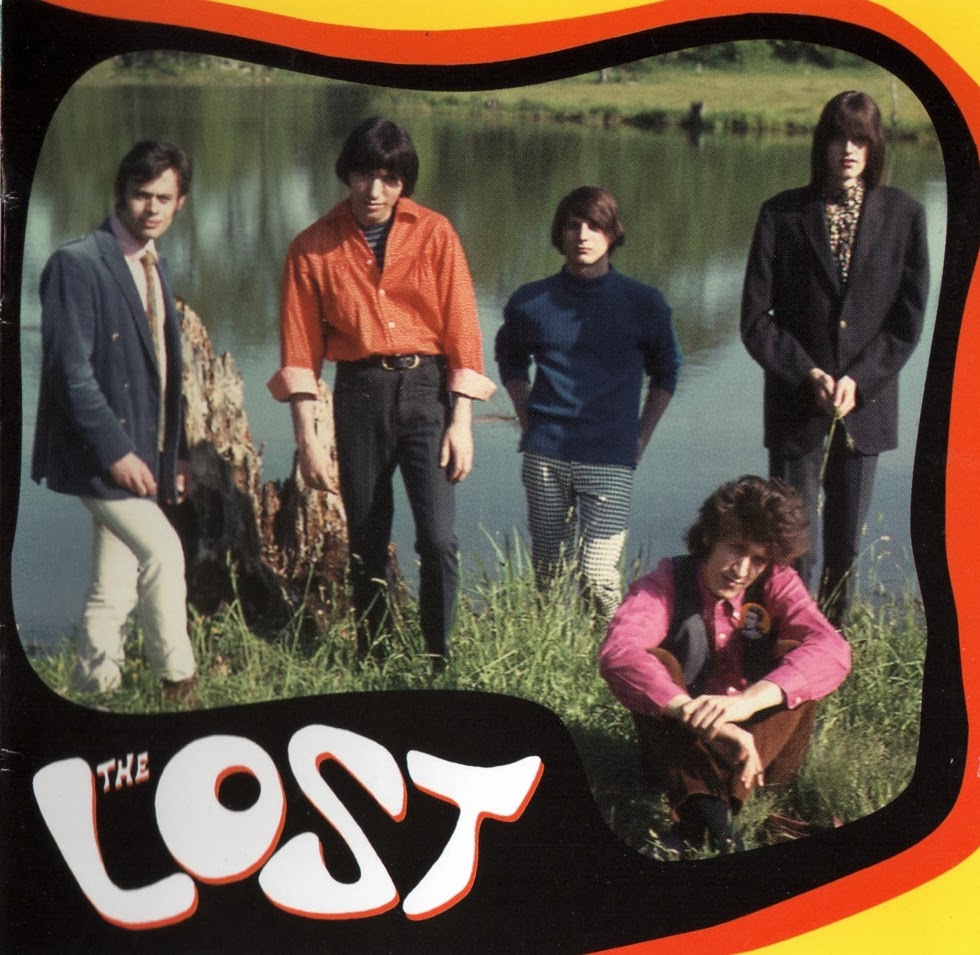 The Lost was an American garage rock and psychedelic band from Plainfield, Vermont who were active in the Boston rock scene 1960s. They were initially an interracial rock band, one of the few at the time, and, along with the Remains and the Rockin' Ramrods, later became one of the most popular live acts in Boston, landing a contract with Capitol Records. In spite of having a regional hit with their first record, they were unable to find greater commercial success and broke up in 1967. In the intervening years their work has come to the attention of garage rock collectors and enthusiasts with the release of the anthology, Early Recordings and Lost Tapes, on Arf! Arf! Records.

The Lost were formed at Goddard College in Plainfield Vermont in 1964. Initially they were an interracial band featuring black guitarist and singer Hugh Magbie. Their original lineup consisted Magbie on lead guitar and vocals, Ted Myers on rhythm guitar and vocals, Walter Powers III on bass harmonica, and vocals, Willie Alexander on keyboards, percussion and vocals, and Tony Pfeiffer on drums. After the move to Boston in late 1964, Magbie and Pfeiffer departed, both choosing to return to college. Lee Mason, a childhood friend of Myers, replaced Pfeiffer on drums and the band brought in Kyle Garrahan on lead guitar. The Lost built a repertoire containing of a fairly large set of original songs written by guitarist Ted Myers and keyboardist Willie Alexander. The Lost became one of the most popular live bands in Boston, playing at the Rathskeller.