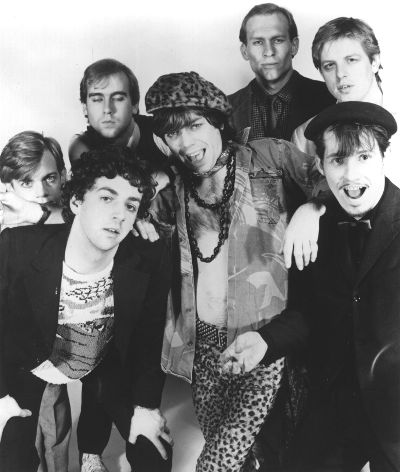 The Members are a British punk band that originated in Camberley, England. In the UK, they are best known for their single "The Sound of the Suburbs", reaching #12 in 1979, and in Australia, "Radio" which reached #5 in 1982.

The Members were formed by lyricist Nicky Tesco (Nick Lightowlers) in 1976, through an invited audition at a recording studio at Tooley Street, London. The original personnel, with Tesco (vocals), was Gary Baker (guitar), and Steve Morley (bass guitar), initially with Steve Maycock then Clive Parker (drums). Morley and Parker were later replaced by Chris Payne and Adrian Lillywhite.