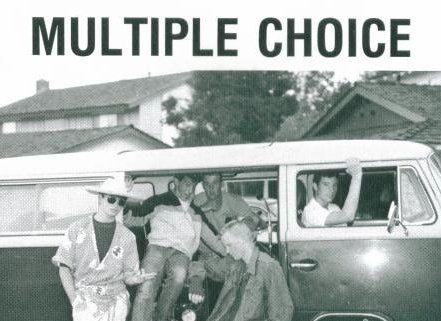 Formed in '84 by 5 Torrey Pines High School kids. Played some really bad rock (?) at first, as no one knew how to play a note, but eventually decided ska was easy enough to play, and made a decent run at it untill dissolving in 1987. Several members went on to other bands, notably, The Donkey Show (Bronco Farwell), Gangbusters (V.J. and Derek Tarr), Spy Kids (Mike Beck) and lots of other people did lots of other great stuff with lots of great bands, which is hard for me to remember, mostly because I was drunk alot...but it was also a long time ago. Heres a list of names you can read, all were members at some point- V.J. Heath, Chris Buell, Eric Ditmars, Josh Rose, Frank Bologna, Mike Beck, Dave Dogue, Chris Reavis, Derek Tarr, Bronco Farwell, Brett Butler, Grant Nichols, Colleen Mc Millan, Che Bellman, Christy Rantzow, Christie Perkins, Vanessa Roth, Larry, and probably a host of folks I forgot.