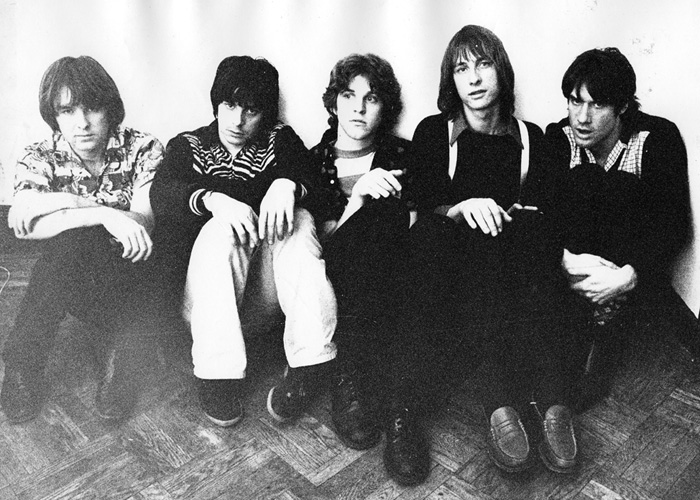 Mumps (sometimes credited as The Mumps) were an American punk band fronted by Lance Loud.

Their first 45 RPM single was "I Like To Be Clean". Their second was "Rock & Roll This & That" with a double side B of "Muscleboys" and "That Fatal Charm". The recorded version of the song "Rock & Roll This & That" interpolated a short guitar riff from the Rolling Stones' "I Can't Get No Satisfaction", but in live performances, they would interpolate other riffs such as David Bowie's "Rebel Rebel".

The rock band The Mumps was formed before the series An American Family was broadcast in 1973. Initially called Loud, Lance and his high school friend Kristian Hoffman started the group in their hometown of Santa Barbara. After a disastrous appearance on the Dick Cavett Show, all of the other band members quit, but Lance and Kristian moved to New York City to pursue music careers. There they recruited three other band members: guitarist Toby DuPrey, bass player Kevin Keily and drummer Paul Rutner. Kristian played rhythm guitar and keyboards and wrote the songs. Lance was the lead singer.

The Mumps flourished for five years in the New York club scene in the late '70s. Their music drew comparisons to The Move, The Kinks and Sparks, and stylistic comparisons to the New York Dolls. They recorded a single in Brian Wilson's studio in Santa Monica, but they never quite hit their stride as recording artists. Although they recorded singles, they never recorded a full length LP, and narrowly missed the chance to have a record produced by John Cale of Velvet Underground fame. The band broke up in 1980.