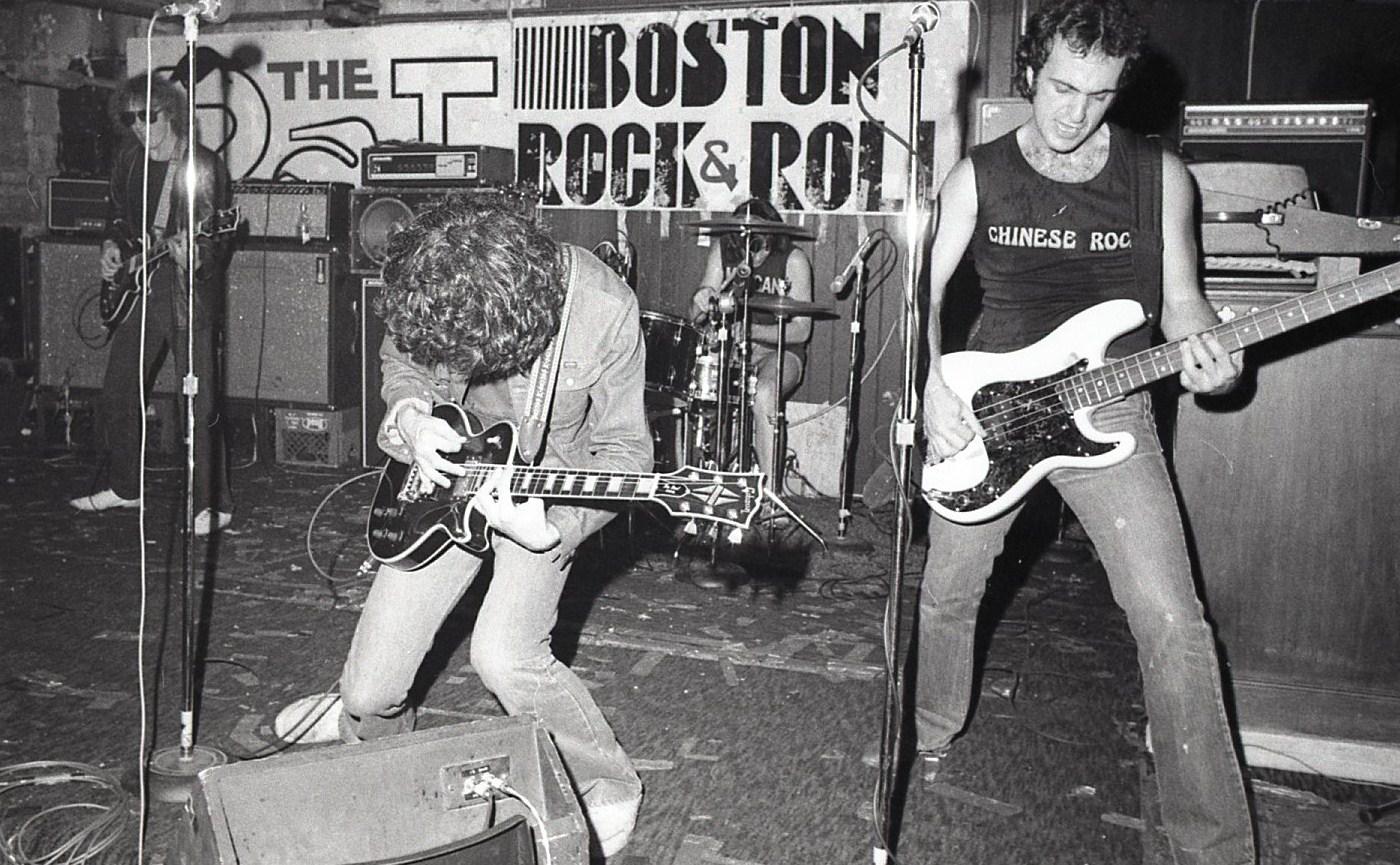 The Nervous Eaters at the Rat circa 1977. (Boston Globe) The Nervous Eaters, one of Boston's first punk/new wave bands, debuted in early 1977 with Steve Cataldo on vocals and guitar, Robb Skeen on bass, and Jeff Wilkinson on drums. They had used the name some years earlier, but had not performed live under it. As the Rhythm Assholes, they had backed local rock legend Willie Alexander on his single "Kerouac" and in concert. After a name change, they made their debut at the hub of the city's alternative music scene, the Rathskeller—known as the Rat—in January 1977. Their first single, "Loretta", appeared that year on the club's Rat label. Early on, the band experienced problems holding on to a second guitarist, but Alan Hebditch, a childhood friend of Cataldo's, became a regular fixture in early 1978. Along with DMZ and The Real Kids, they were considered among the scene's "punkier" bands. Centered on Cataldo's "great rock & roll voice" and "jangly guitar", in the description of Allmusic's Joe Viglione, they were the "Rolling Stones of Boston...hard-rocking, riff-blasting, tongue-in-cheek". By 1978, they were one of the most popular acts in the city. Their second Rat single, the new wave–style "Just Head", appeared in 1979.

After the release of "Just Head", the band brought on a new second guitarist, Jonathan Paley. Ric Ocasek of scenemates The Cars produced a ten-song demo for the band that attracted major-label attention. Their self-titled debut album, produced by Harry Maslin, was released by Elektra Records in 1980.