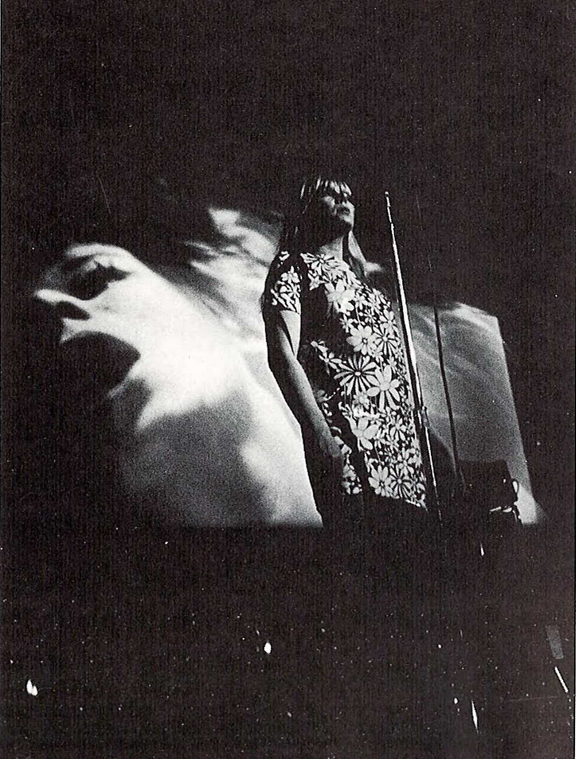 Photograph taken at a performance of Andy Warhol's "Exploding Plastic Inevitable" featuring Nico, at the University of Michigan campus in Ann Arbor.

At the insistence of Warhol, she recorded vocals for three songs of the Velvet Underground's debut album The Velvet Underground & Nico (1967). At the same time, she started a solo career and released Chelsea Girl. Nico's friend Jim Morrison suggested that she start writing her own material. She then composed songs on a harmonium, not traditionally a rock instrument; John Cale became her musical arranger and produced The Marble Index, Desertshore, The End... and other subsequent albums.

In the 1980s, she toured extensively in Europe, USA, Australia and Japan. After a last concert in Berlin in June 1988, she went on holiday in Ibiza to rest but died after having a stroke while cycling.