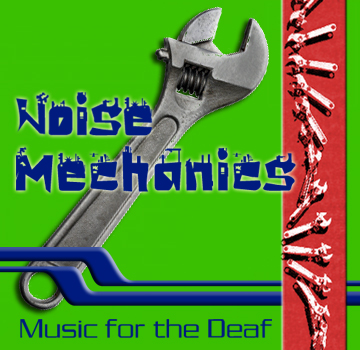 Noise Mechanics was formed by Peter Neville and Erick Zoerb in 1982ish. After concocting a slew of amazing guitar sounds and blending a diaper full of lyrics together they culminate a basement full of songs that would make your mother annoyed. Erick Zoerb played the mean-ass guitar while Peter Neville jacked off on bass and sang like a howler monkey coming down from an acid trip. Along the road to fame & shame, they've changed a few musicians. Jeff Berg on guitar. Ken Kehoe on guitar and some vocals. Steve Dubick on drums. Mike Rollie on drums.