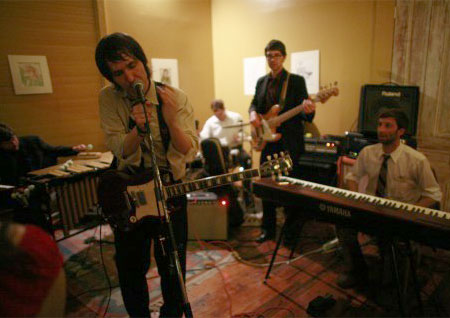 Inspired by the Great American Songbook (and its finest interpreters such as Sinatra and Chet Baker), as well as the theatricality of Tom Waits, Serge Gainesbourg, Astor Piazzolla and Nick Cave, The Old Ceremony creates their own shoebox panorama of a world of paper palm trees, unsolved mysteries and unopened air mail. It is distinctly American and faintly exotic.

The Old Ceremony's second album, Our One Mistake, hit stores and airwaves in October 2006 and was placed on the top 100 albums of 2006 by Paste Magazine.