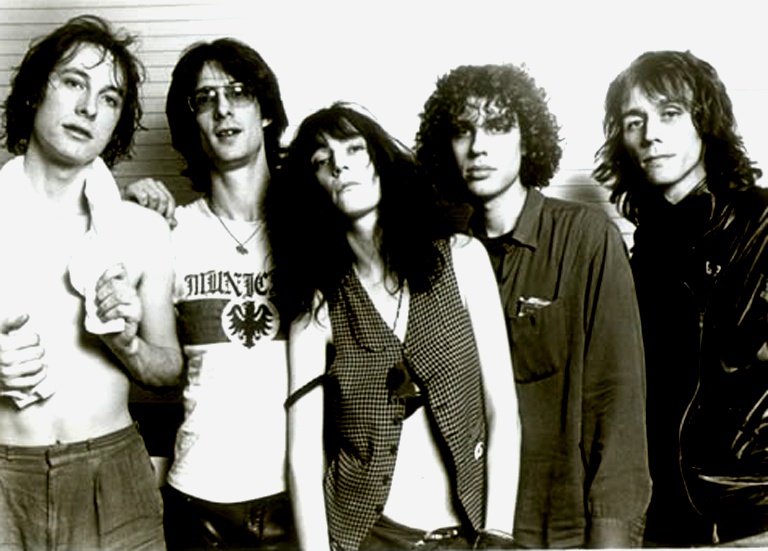 After independently releasing the "Hey Joe" b/w "Piss Factory" single, Patti Smith Group became the first of the CBGB-associated punk acts to score a major record deal when famed A&R man Clive Davis signed them to Arista in 1975. Released in December of that year, Horses fused Smith's unconventional post-beat poet lyrical style with a primitive rock minimalism that was striking and wholly unique. Though the album was credited to solely to Smith, the collective force of Smith, Kaye, Sohl, Král, and Daugherty together signified the stark power of the burgeoning punk movement, and by the time 1976's Radio Ethiopia arrived, it was attributed to Patti Smith Group.