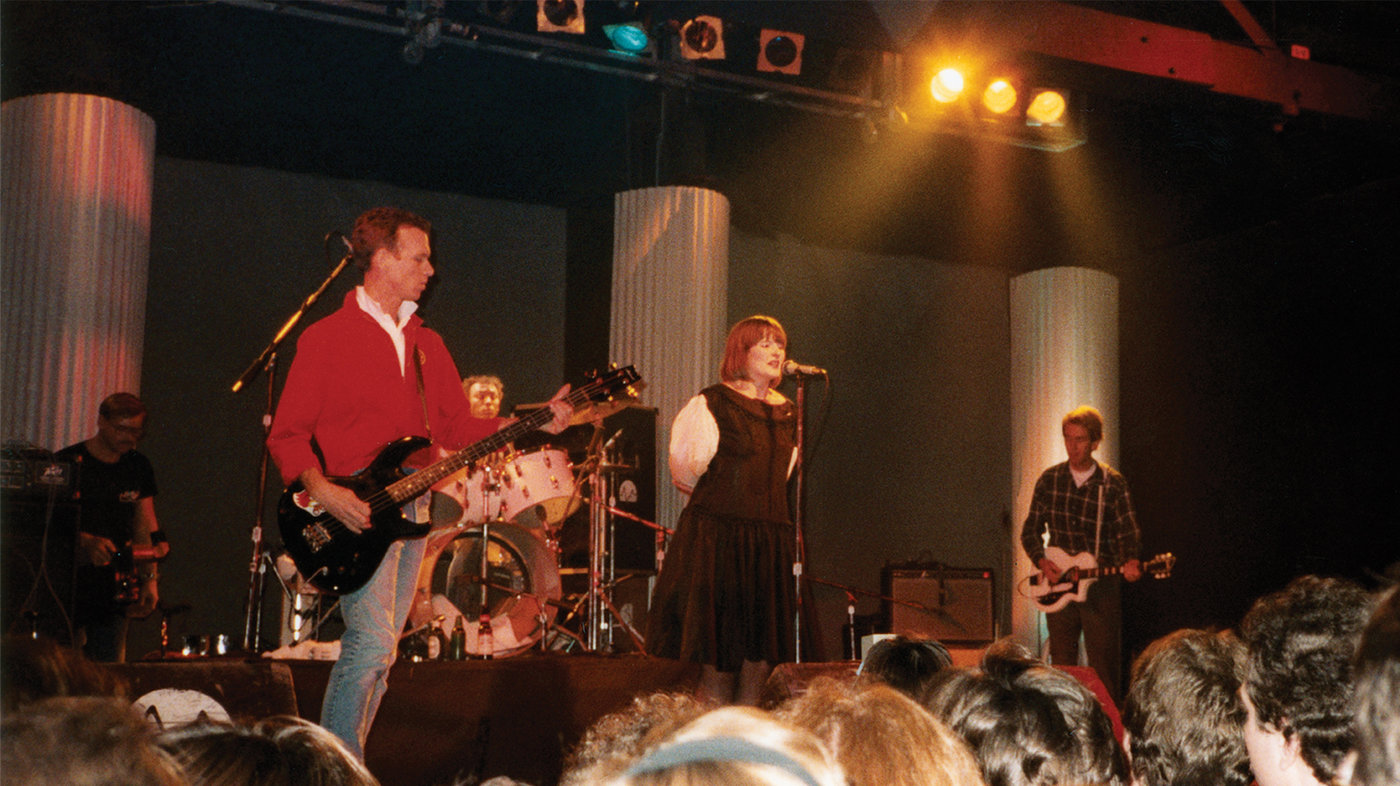 The only known photo from Pylon's farewell show in 1983 at the Mad Hatter. (Bob Hay/NPR.org)

The four members of Pylon were art students at the University of Georgia in Athens. Guitarist Randall Bewley and bass guitarist Michael Lachowski began playing music and attempting to form a band in 1978. They practiced in a studio in downtown Athens that Lachowski rented from Curtis Crowe, upstairs from the later location of the Grill on College Avenue. The room was lit by a single 40-watt light bulb, so the band referred to it as the "40 Watt Club". Crowe soon joined the band as a drummer. On February 14, 1979, the three held auditions for a singer. Vanessa Briscoe (now Vanessa Briscoe Hay) was chosen.