Summary
Sceneroller, The Reactors, Sharon E Frost/Dash Colter
Members
Links
Comments
From Harvey M. Kahn
Submitted by mmrothenberg on Sun, 05/05/2019 - 12:17.
I wrote a story about the Reactors in about Jan. 1980 for the Harvest Moon Publications in San Bernardino and would like to write another now in 2012. There is a B & W pix I took of them which appears online. It was at Mike Rodriguez house in the Mt. Vernon bario. His Doberman Pitcher attacked me that day. They just said"oops sorry." They were ahead of their time. I then went to see them play at a punk rock club in SB at Golden and Del Rosa. I looked different and was surrounded by about 12 patrons as I was leaving in the parking lot. Someone told Mike and he left the stage and ran outside to my rescue. I worked with Mike at Caminos Magazine in SB. He was good people..Dash Frost, the singer, didn't talk much at all. Very professional.
Photos 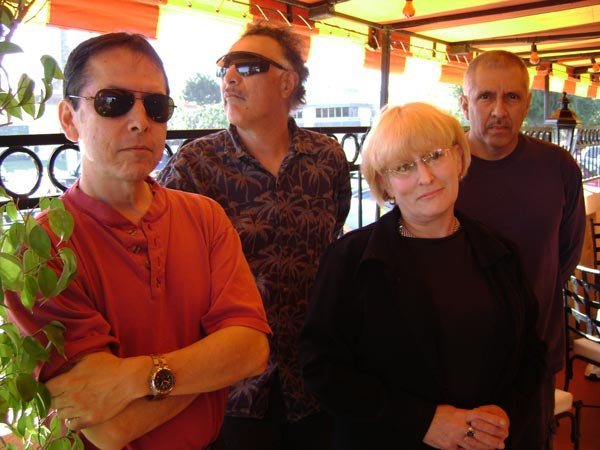 The Reactors first formed in 1978. They played their own brand of fast, raw, and desperate punk rock in the unlikely urban city of San Bernardino, CA. The Reactors existed from 1978 until 1982. During that time they released one 7" EP and one 12" LP on their own Nuclear Waste Records label. Believeing in the D.I.Y. spirit of the times, they did everything for themselves. The members and their close friends all took different jobs in order to further their goals. Some took photos, created artwork, did layout, produced the recordings, etc. Artifix Records is proud to be the label that will unleash all of their recordings in the near future.

The Reactors lasted through several line-ups. The first Reactors before the 7" EP were Mike Rodriguez, bass; Al Zenno, guitar; Brad Uhl, drums; and Elizabeth "Dash" Frost, vocals. For the 7" EP, the lineup changed when drummer Brad left the band and was replaced by "Throbbin" Rob Vasquez. In early 1980, Al Zenno left the group. The remaining members recruited guitarist Tony Brammel, who was in the Sins and later helped form soul-rock alternative band, the Bell-Rays. The last edition of the Reactors consisted of a three piece: Dash, Mike, and any durmmer they could find.