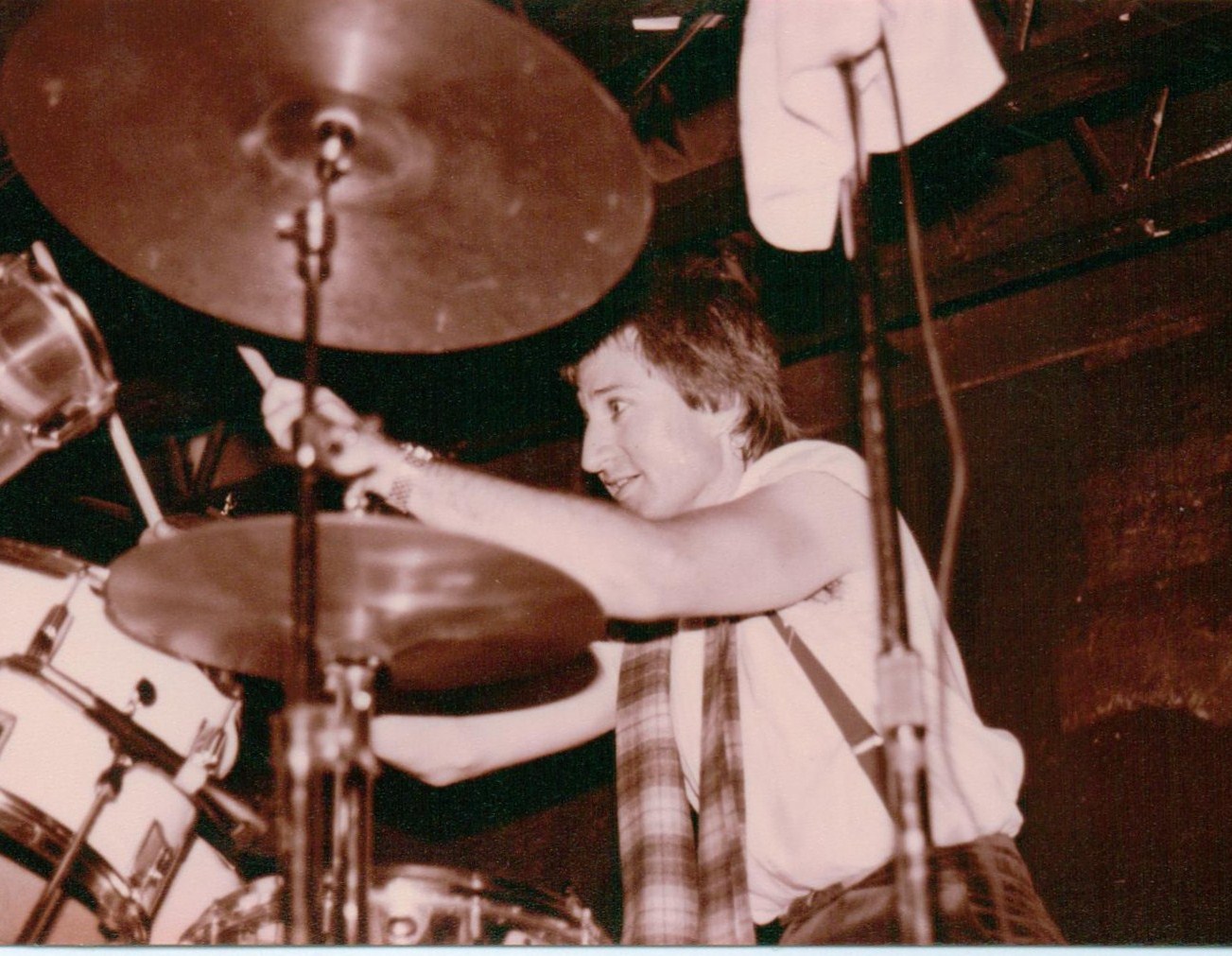 David Rooster onstage at either Headquarters or the Baccanal 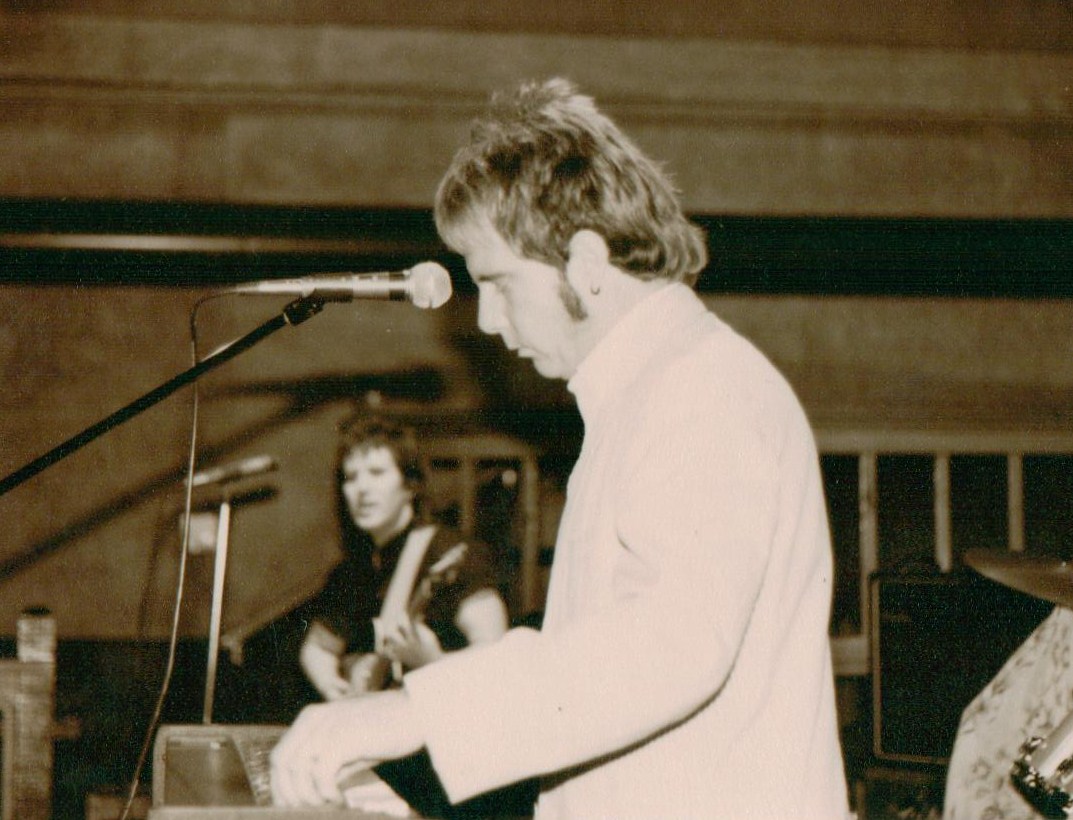 Jimmie Rooster at the Ice House in Escondido 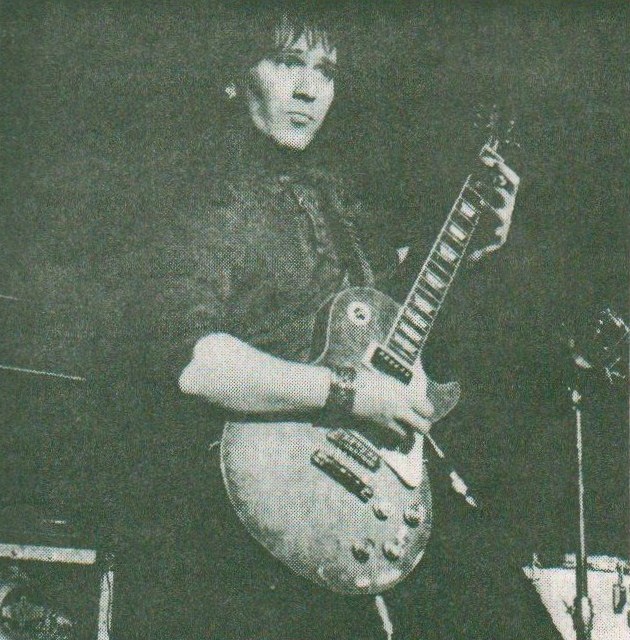 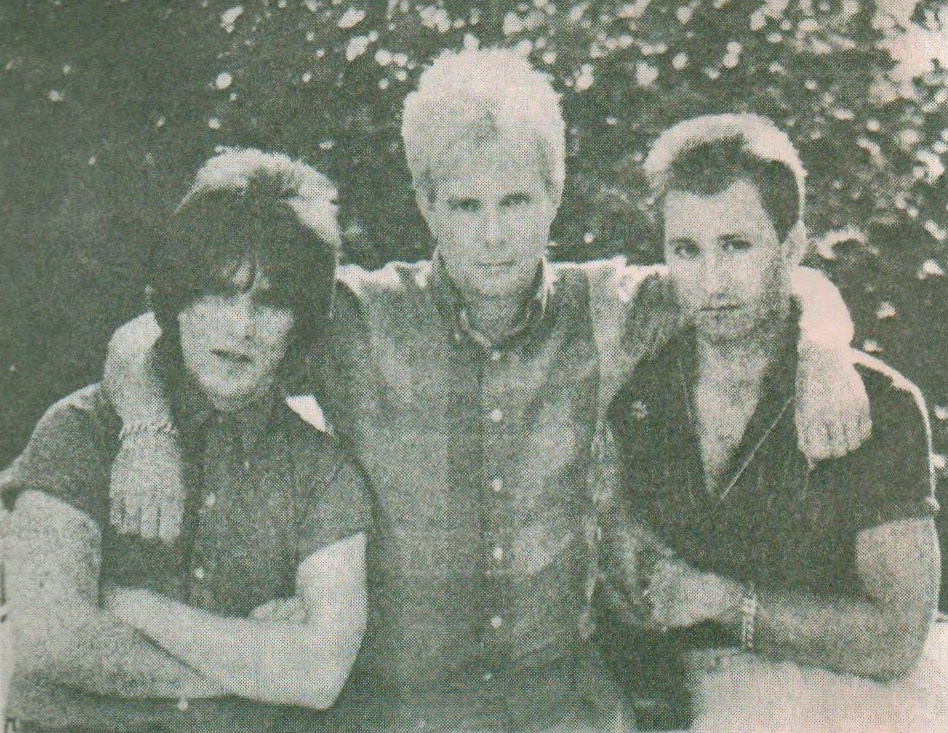 The Roosters were hard to define musically. Their roots were CLEARLY in the 50s & 60s!  Their songs ranged from honkey tonk bar room rockers to Everly Bros. and Hollies harmonies. They specialised in songs no one else would DARE cover, or their own originals.

The original members: Ritchie (Rooster) Brubaker, guitar/lead vocals - Jimmie (Rooster) Conder, piano, keyboard bass/lead vocals, and David (Rooster) Stuckey, drums/percussion/lead vocals, got together after bemoaning the current state of the music of the late 70s, and vowed to share the type of songs that inspired them in the first place.

They were constantly amazed at the positive reactions from their peers, and response from the press. It was said the Roosters opened many doors for younger musicians, but they closed the doors on themselves (ie: when an arraingement was offered them by Foreigner's mgmt, some members balked at making a bid for so MUCH success, and blew the deal)

Soon members began to splinter and go their seperate ways assadly, the personalities in the group clashed quite a bit (musical directions, etc.) and only Ritchie and Orrick remained until the end.