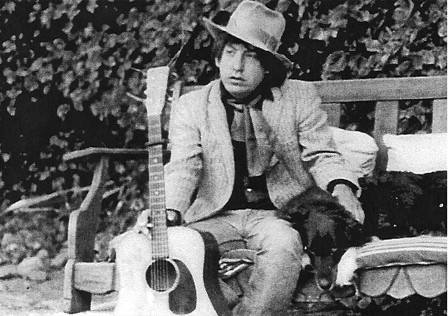 Roy Ruiz Clayton's debut album, "New Army of Ragged Angels,"  produced by Grammy award-winner Chris Goldsmith, is full of poetic images not found since Dylan Thomas or Fredrico Garcia Lorca. These lyrics rank among the most powerful and captivating of modern-day poetry.

The well crafted melodies are performed and sung with a raw attitude backed by a top-notch band. Roy's vocals and guitar, along with Michael Jerome on drums, Tom Freund on bass, Marc Ford on electric guitar, Jason Yates on organ, Lily Haydn on violin, Victoria Williams backing vocals and Jimmy Hoyson as recording and mixing master, Julie Lohnes on cover design.

Raised in the steel mill town of Fontana, California, Roy moved on his own to San Diego at the age of 16 where he began writing songs.  Often he would muster the courage to play them on "hoot night" at the Heritage Coffee House where the legendary Tom Waits was the doorman.  One night in a back room of the Heritage, Tom played Roy a Ramblin' Jack Elliott record on a turntable and its sound was one that would change forever the young Clayton's life. Inspired, Roy invented his own songwriting category through years of not being afraid to work and experience the world he writes about.