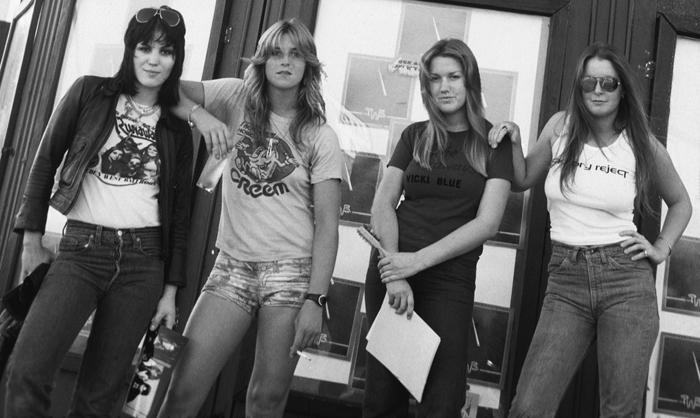 The Runaways were an American all-female rock band that recorded and performed in the second half of the 1970s. The band released four studio albums and one live set during its run. Among their best-known songs are "Cherry Bomb", "Hollywood", "Queens of Noise" and a cover version of the Velvet Underground’s "Rock & Roll". The Runaways, though never a major success in the United States, became a sensation overseas, e.g. in Japan, thanks to the hit single "Cherry Bomb."