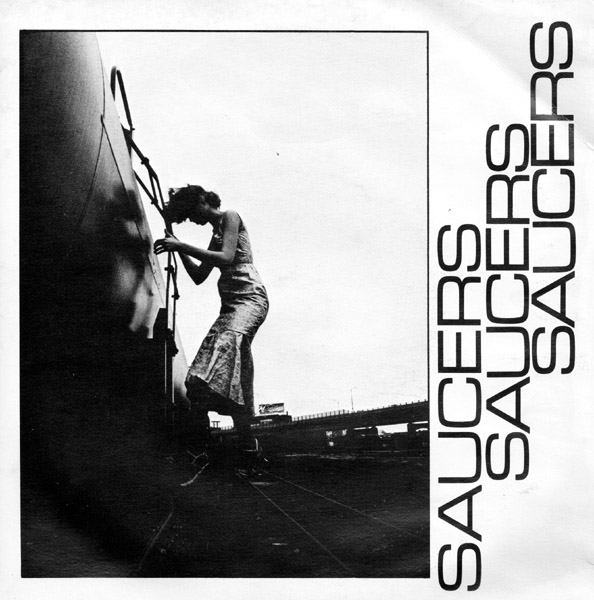 From Saucers bio: Craig Bell moved from Cleveland, Ohio to New Haven CT in 1976. After the break-up of Rocket From The Tombs he wanted to continue playing music and placed ads in the local papers for musicians who were influenced by the Velvets, the Kinks, and Eno.

The group found a space to practice and set about learning songs Craig had written along with various covers of eclectic variety. After some months of rehearsal, which would draw crowds on the street below their space of concert goers heading to nearby shows at New Haven Coliseum, Saucers were offered, by Tom Hearn, an opening spot at the Shandy Gaff, in Devon, CT with local band The Survivors. From there the group began playing regularly at the Shandy Gaff and The Oxford Ale House in New Haven.