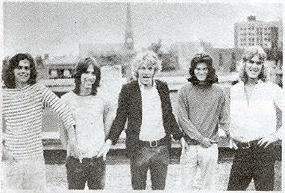 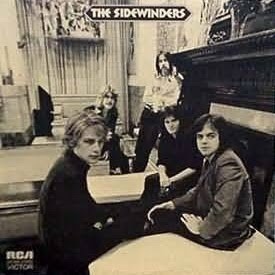 What Is Frank Listening To?

Based on the amount of praise heaped on this band over the years, one would have to expect a long career rife with innovation and hit after hit. But all we got was one album in 1972 and a later song saved from the trash can on an obscure Boston rock and roll compilation album. The Sidewinders was a band that could have been God, but wasn’t. By the time that one album on RCA Records began to be heard, the group was already walking out the door. Later on, the Sidewinders actually became legendary for what its members would go on to accomplish. This was a group that spawned Andy Paley – who joined up with his sibling Jonathan to form the The Paley Brothers. The singing duo brought sweet Beach Boy-like harmony and Phil Spector fascination to the throbbing beat crawling out of Boston’s basements. Andy went on to a career as a producer working with the likes of Brian Wilson, Madonna, Jerry Lee Lewis and Jonathan Richman. The Sidewinders also begat guitarist Eric Rose, who became a local six-stringed hero playing with the Paleys and many others. Billy Squier, who would go on to rip his shirt off in MTV-land and score several rock hits in the 80’s also emerged from this unknown super group. And if that isn’t enough to pique your interest, then add the fact that Lenny Kaye of the Patti Smith Group produced their sole record.