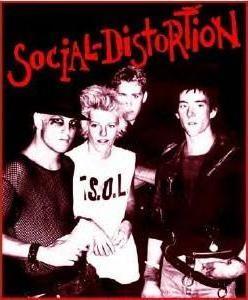 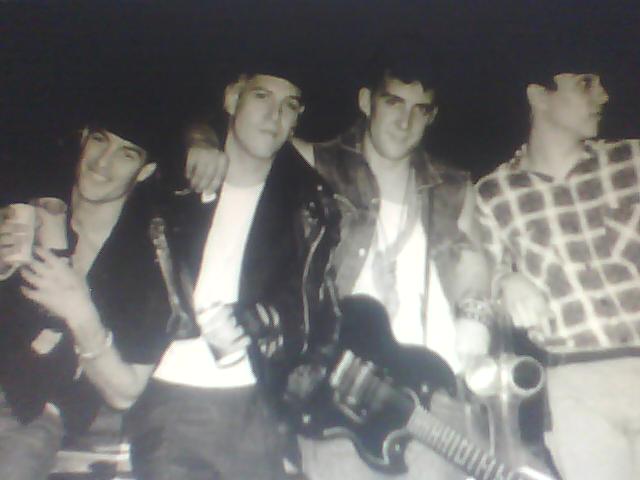 Social Distortion (sometimes referred to simply as Social D or SxDx) is an American punk rock band formed in 1978 in Fullerton, California.[2] The band currently consists of Mike Ness (vocals, guitars), Jonny Wickersham (guitars), Brent Harding (bass) and Adam "Atom" Willard (drums). They are often credited as one of the leading bands of the 1980s hardcore punk explosion.

The group briefly disbanded in 1985, due to frontman Ness' drug addiction, but reformed around 1986 and have continued being active today, even after the death of longtime guitarist Dennis Danell, who succumbed to a brain aneurysm in 2000. Since their inception the band lineup has been a virtual revolving-door of talent, with many members coming and going – Ness has been the only constant member.