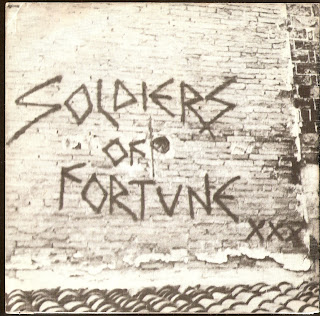 Here’s the postage stamp stuff: Soldiers Of Fortune came from Berlin. They were a 3 piece band that sounded like a cross between Killing Joke, Adam and The Ants and The Clash. This was their only single, although they had released an album Waiting For World War III in 1981, which I’d really like to hear. Anyway here's their Stars b/w Autonomia single released by Total Darkness Productions in 1982.