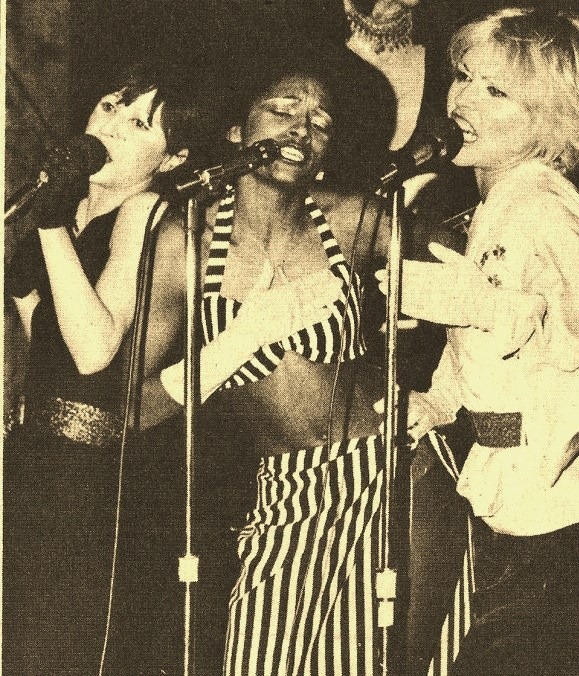 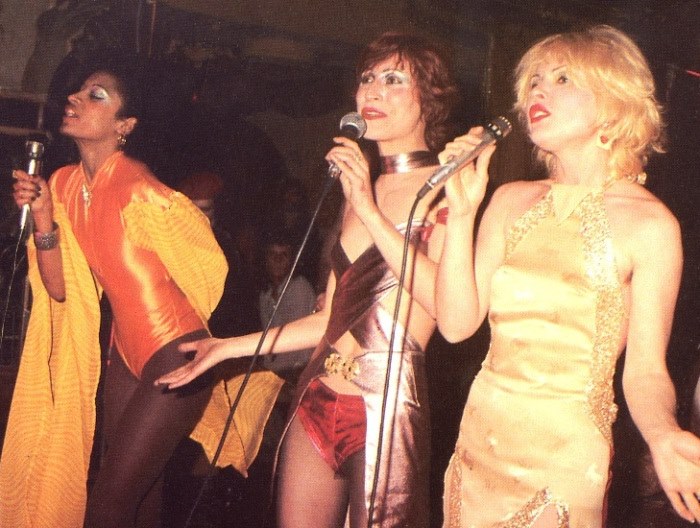 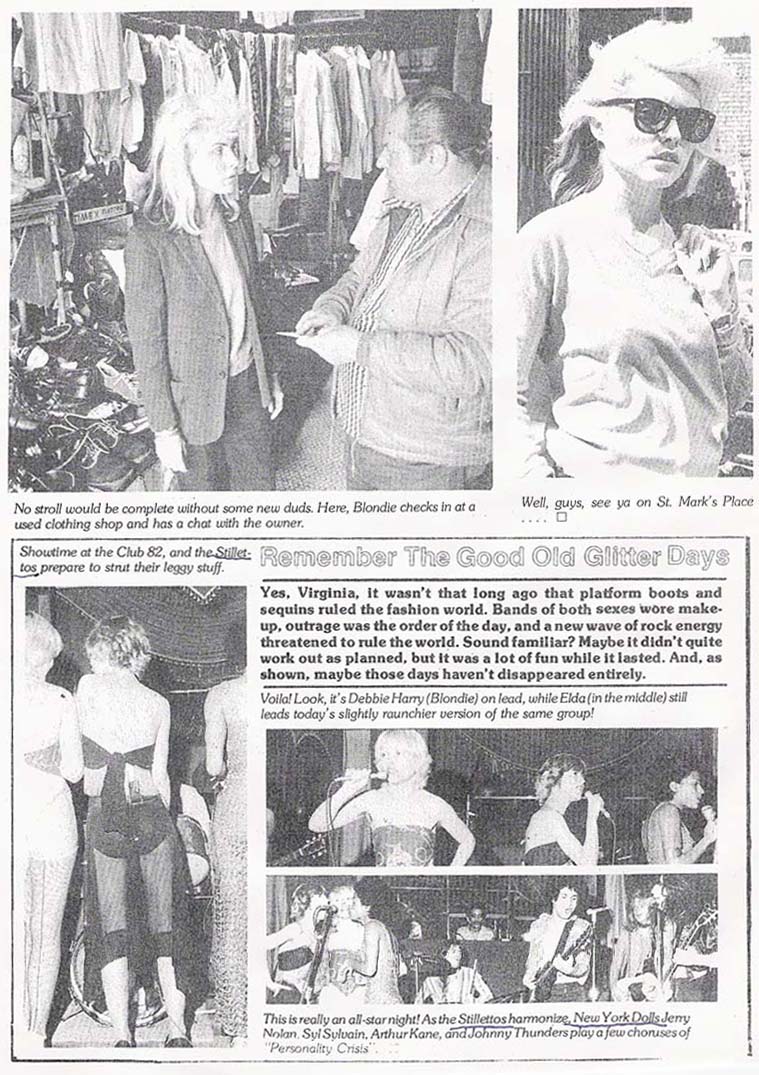 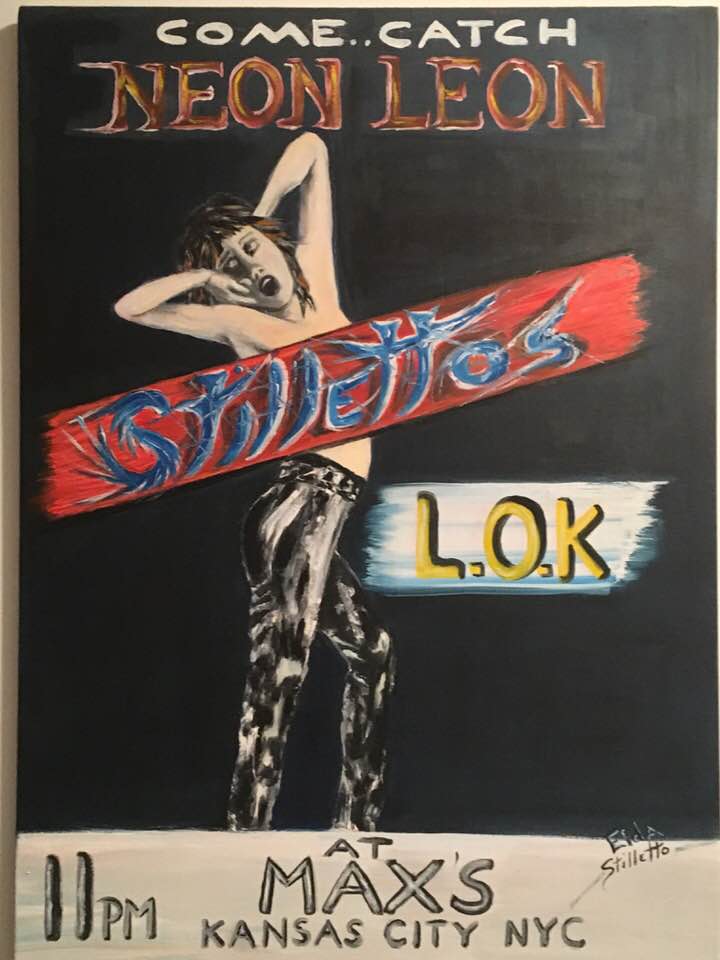 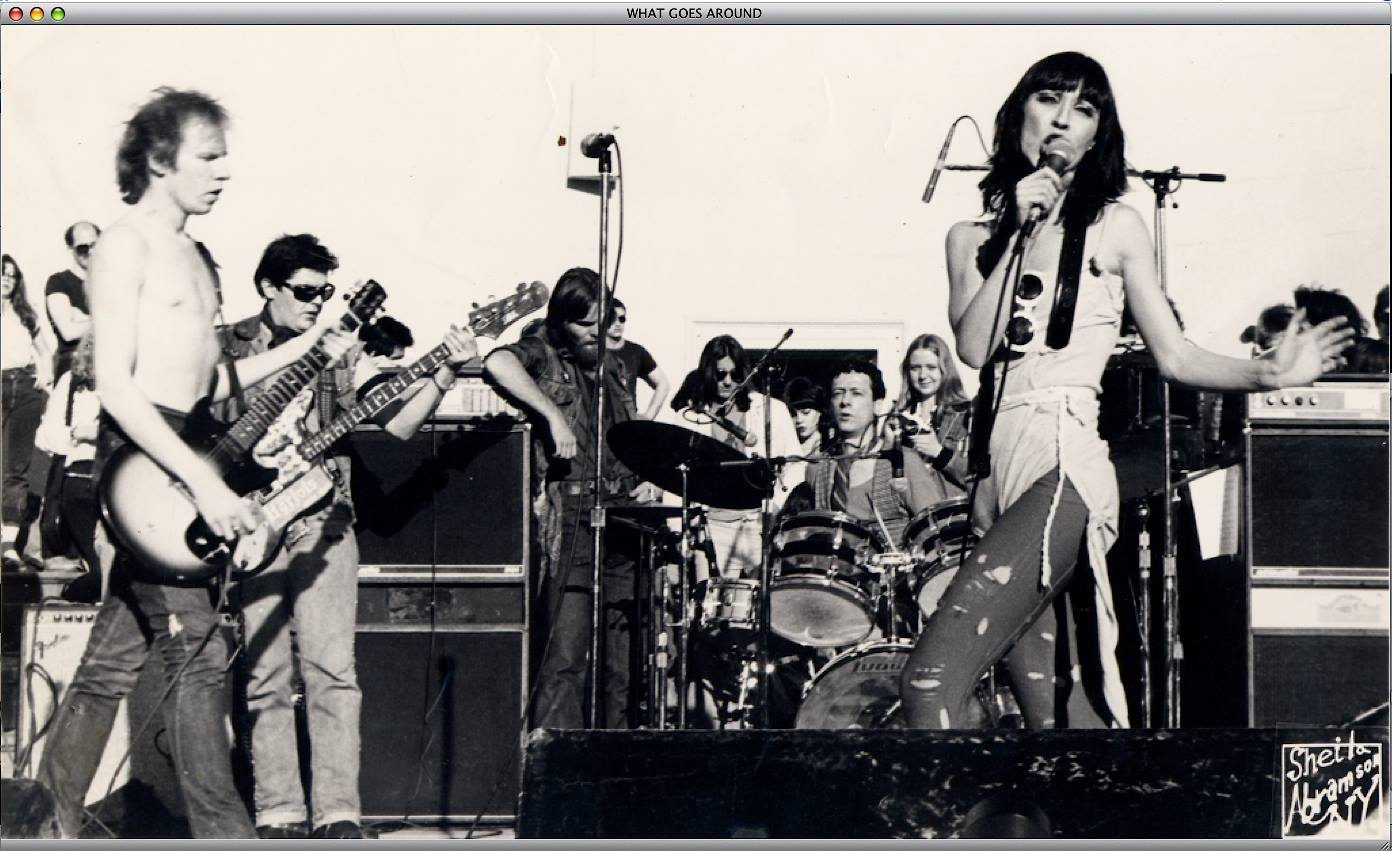 Elda and the Stillettos were a 70s New York City punk band with an extremely raw and energetic stripped-down rough'n'ready sound. The group was formed by lead singer Elda Gentile (a.k.a. Elda Stiletto) in 1972. The original band line-up was: Chris Stein (guitars), Billy O'Connor (drums), Fred Smith (bass), Deborah Harry (vocals), and Rosie Ross (vocals). Elda and the Stillettos played in such notable Big Apple punk venues as CBGB's, Club 82, and Max's Kansas City. The group broke up in 1974 after only the female members were offered a record deal. Stein and Harry went on to form the hugely popular and successful New Wave outfit Blondie. Elda Gentile continued with a solo career before reforming the band with an all-new line-up in late 1976. Members of this particular incarnation of the group included Cheetah Chrome, Walter Lure, and Billy Ruth.

From Rave Up Records:

The Stillettos were born out of the back room of Max’s Kansas City in New York, the gathering spot for musicians, poets and artists in the late sixties.

At that time if you could get into the back room, you would be in the company of Andy Warhol and His Superstars, up and coming actors Al Pacino, Sly Stallone and Robert DeNiro, graced by the presence of Jimi Hendrix, Janis Joplin, The Stones and even an occasional night with Dalì or Fellini holding court at the round table. Before the Sixties waned artists and freaks clawed their way to be in Warhol movies and some found themselves in Bizarre plays of Jackie Curtis appearing at La Mama Theater which turned out to be the seeds that grew the New York Punk scene. Jackie’s “Femme Fatale or the Three faces of Gloria” brought together Jayne County, Patti Smith, Penny Arcade, The Winbrandt Brothers and Elda Stilletto, to act as the music scene began to explode with the Glitter and Glam of The New York Dolls, Eric Emerson and the Magic Tramps and KISS. In 1971 Elda formed Holly Woodlawn’s Pure Garbage - she sold her Andy Warhol cow to get a loft to live and rehearse in. She brought the show to the stage of New York’s top cabaret club Reno Sweeney’s. In 1973 bent on having a rock band, Elda left Holly to pursue the cabaret she was meant to do and recruited a Max’s Kansas City waitress who said she could sing, Debbie Harry. The Stillettos were one of CBGB’s first premiere acts billed with Television, The Ramones and Patti Smith. The fifteen year career of the Stillettos became a revolving door of some of New York’s most talented musicians: with Elda at the helm. And at any time you could find Sylvain Sylvain, Johnny Thunders, Lenny Kaye, Robert Fripp, Genya Raven, or Rick Danko sitting in for a song.

"Debbie [Harry] was singing in The Stilettos, an outrageously camp, girl group parody act that also featured Elda Gentile and Rosie Ross. The Stilettos emerged from Elda's earlier act with Warhol superstar Holly Woodlawn, Pure Garbage, and were as much theatrical and musical, with Tony Ingrassia acting as their musical director. Ingrassia was also the director of Pork, a wild theatrical adaptation of Andy Warhol's diaries that he took to London in 1971, along with Leee Black Childers, Cherry Vanilla and Jayne (then Wayne) County. Elda's boyfriend was Warhol associate Eric Emerson, an actor, musician and dancer who was also in glam rock band The Magic Tramps, and it was Emerson who supposedly first brought Chris Stein to see The Stilettos. Soon Stein would join the group on guitar, alongside bassist Fred Smith and drummer Billy O'Connor, a combination that would go on to form the embryonic Blondie in 1974."

"From October 1973 - August 1974 Debbie featured in the Stilettos. The first gig was in October 1973 in a bar on 24th Street called the Bobern Tavern. "It was a mix of Shangri Las/Supremes type trio, doing a mixture of raunchy music. We had alot of fun, but we weren't too musical. Three girls trying to get along together is pretty hard . . . I wanted to do my own thing again and left", says Debbie."