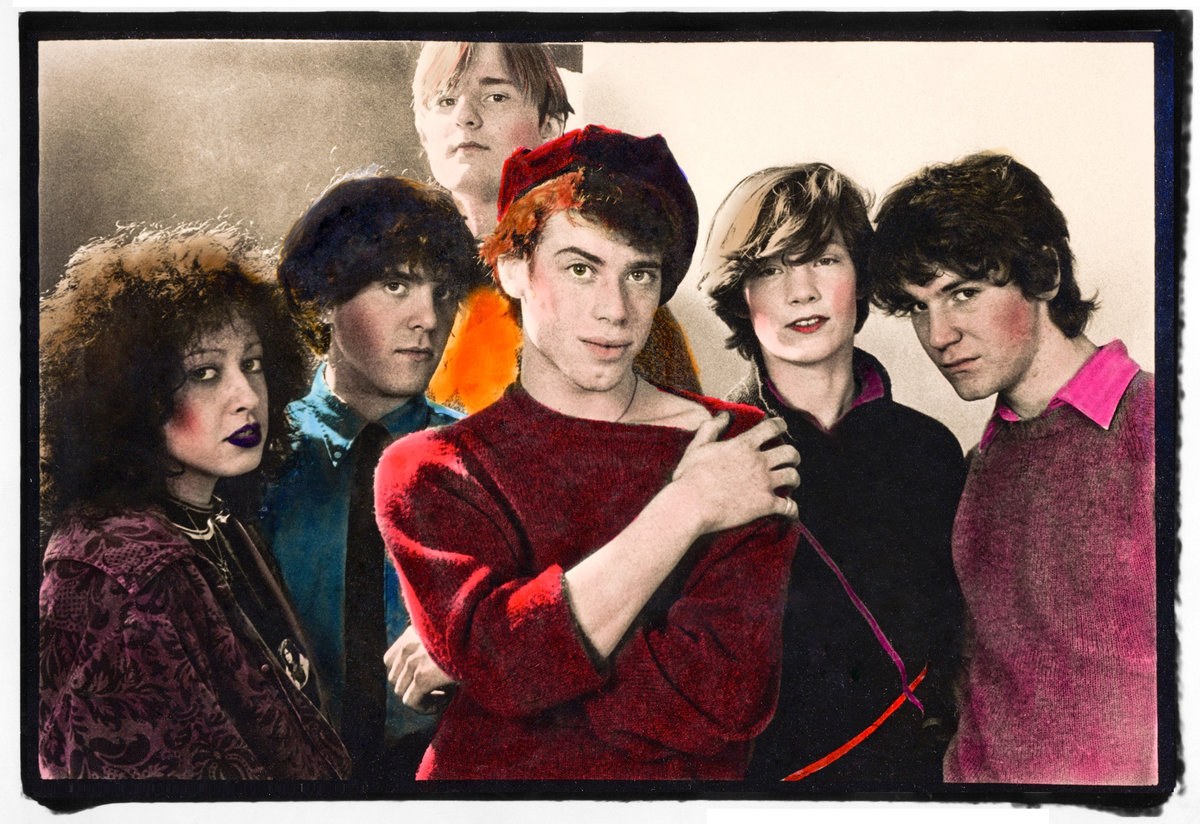 From Lost Bands of the New Wave Era:

Larchmont, New York's Student Teachers were one of few teenage bands on the NY punk scene and had one of the first female rhythm sections in a non-all-girl band . Shortly after they began playing, Jimmy Destri (the keyboard player from Blondie) started producing the band. The song "Looks" was released on a compilation called "2 x 5" on legendary Marty Thau's Red Star label along with tracks from the Bloodless Pharoahs, Revelons, Comateens, and Fleshtones. They opened for Iggy Pop, The Ramones, Richard Hell and The Dead Boys among others. In November of 1980 they released an EP entitled "Easter 78 - Halloweeen 80" and broke up. The Student Teachers were David Scharff - Vocals, Philip Shelley - guitar, Joe Katz - guitar, Bill Arning - keyboards, Lori Reese - bass, Laura Davis - drums. Philip Shelley later founded the Mystery Dates and the Nitemares. David Scharff has worn many hats in the music industry including fanzine publisher, and record company art director and writer. "Looks" was covered in 2000 by former Soul Coughing's Mike Doughty.

As a teenager in 1979, it was great fun to be a music fan in NYC (especially since every band imaginable came through town), but we most definitely felt we were being left out on the participation side. Out of this frustration – the desire of people 21 and under to become active participants in the performing story of New York rock – the first wave of New York City Hardcore was born.

The first stirring lay in a pile of bands between ’78 and ’80 who defied the odds and were teenagers playing for teenagers: The Speedies, the Blessed, the Stimulators, the Student Teachers, and the Colors.

The band's story began in 1977 when Bill Arning, a 16-year-old music fan learning to play the keyboard, went to see John Cale play a show at New York City's punk mecca CBGB, and met two other teenagers attending the gig, David Scharff and Phillip Shelley. The three became fast friends, and they decided that forming a band would be fun and give them a chance to see shows for free, since New York clubs often let musicians attend without charging cover. The three founded the Student Teachers, with Arning on keyboards (he was the only one who owned an instrument at the time), Shelley on guitar, and Scharff as lead singer; two of Arning's friends, Lori Reese and Laura Davis, rounded out the lineup on bass and drums, and gave the band the distinction of having the only female rhythm section in a mixed-gender band in New York. After playing a dance at Friend's Seminary, the Quaker high school Arning and Davis attended, the Student Teachers were given their first paying gig on Easter Sunday, 1978, sharing a bill at Max's Kansas City. Playing clever, angular pop with fractured guitar lines and retro-styled organ lines, the Student Teachers were soon making the rounds of New York clubs like Max's, CBGB, Hurrah, and Tier 3, and sharing bills with Richard Hell, the Mumps, Teenage Jesus & the Jerks, and many other notable bands of the day. The band was befriended by Jimmy Destri, the keyboard player with Blondie, who produced a demo that caught the ear of Terry Ork, whose label had released Television's groundbreaking "Little Johnny Jewel" single. Ork released the Student Teachers' first single, 1978's "Christmas Weather" b/w "Channel 13." Not long after the 45's release, the group expanded to a six-piece with the addition of guitarist Joe Katz.