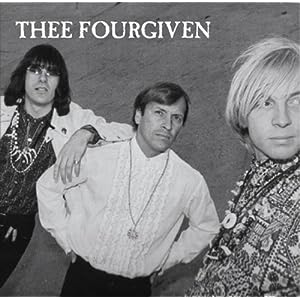 '60s-influenced Thee Fourgiven consisted of members Ray Flores (bass, vocals), Matt Roberts (drums), and Bela Horvath (guitar), rising from the ashes of another similarly styled outfit, the Unclaimed. Formed in the '80s and owing a thing or two to such yesteryear Motor City rockers as the MC5 and Up, the trio issued several albums (It Ain't Pretty Down Here, Testify!, and Salvation Guaranteed), as well as numerous singles and appearances on compilations. The group split up in early 1989.