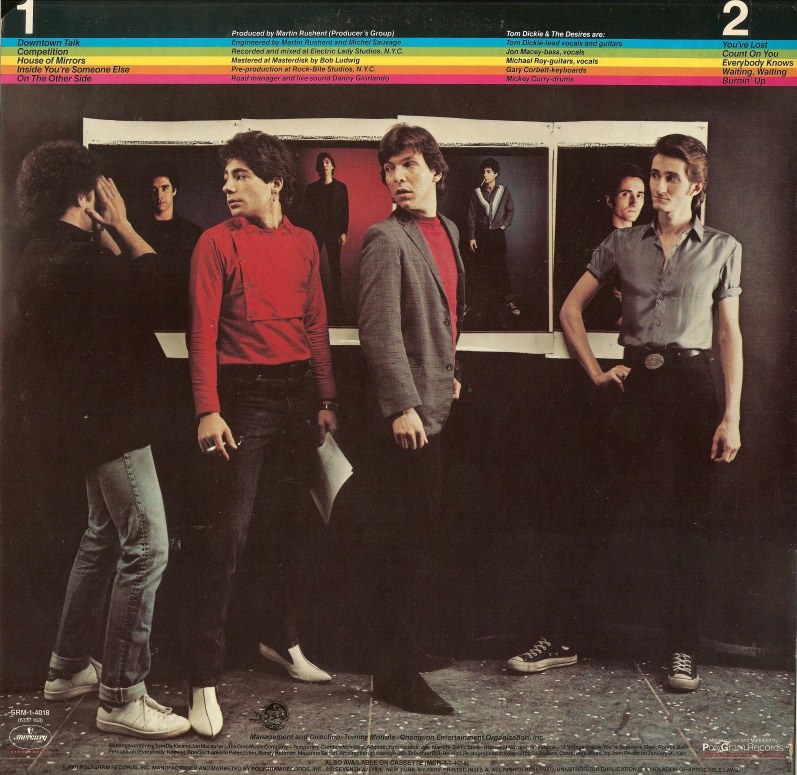 When Fox Pass passed from existence at the very end of 1978, the oldest member was only 24 years old. But they were weary veterans. The next stage of the story takes place in New York City, where both Macey and Roy moved in 1979.

Jon Macey and Tom Dickie had become friends during the peak of the Fox Pass at The Rat days. Tom Dickie was in a band called ‘Susan’ who had performed on the Live at The Rat album and were one of the top bands in Boston in those days. Fox Pass and Susan were very dissimilar bands, but Dickie and Macey had a lot in common: a love of songwriting craft, Bob Dylan, Lenny Bruce, and most importantly, ABBA. Susan relocated to NYC in the late 1970s and got a deal with RCA and released one album. In 1979, after the demise of both of their bands, Macey moved to NYC to form a songwriting partnership with Dickie. Michael Roy followed a few months later, and they auditioned a series of drummers, settling on Ronnie Ball, an early member of Twisted Sister. Macey switched to bass guitar during the gestation phase of the band, and he ended up staying with that instrument for the life of the band. The Dickie/Macey songwriting team modeled itself after Bjorn and Benny, Frey and Henley, Lennon and McCartney, and the 1960s bubblegum teams like Cordell and Gentry. POP was a huge undercurrent, but the actual sound of the band was NYC rock. The psychological edge from Fox Pass was transferred to these new songs. They had very strong vocals, as Dickie, Roy, and Macey were all accomplished singers, and they exploited this in song arrangements. This particular aspect set them apart from many of the bands they played with at Max's and CBGB's and allowed them to integrate the harmonic sensibilities of pop with the blasting city sounds. Tommy Mottola had managed Susan, and thus Mottola also managed the new band, initially called the Tom Dickie Combo.