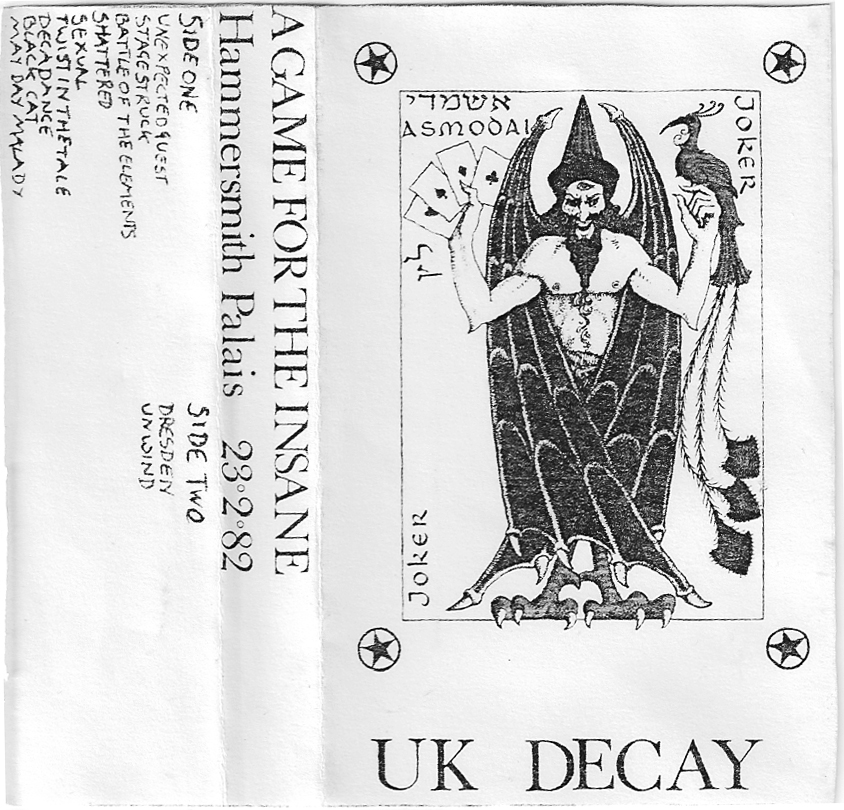 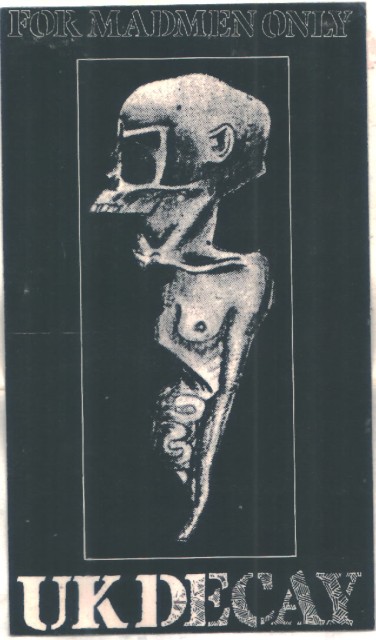 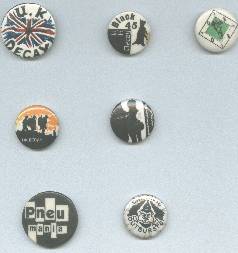 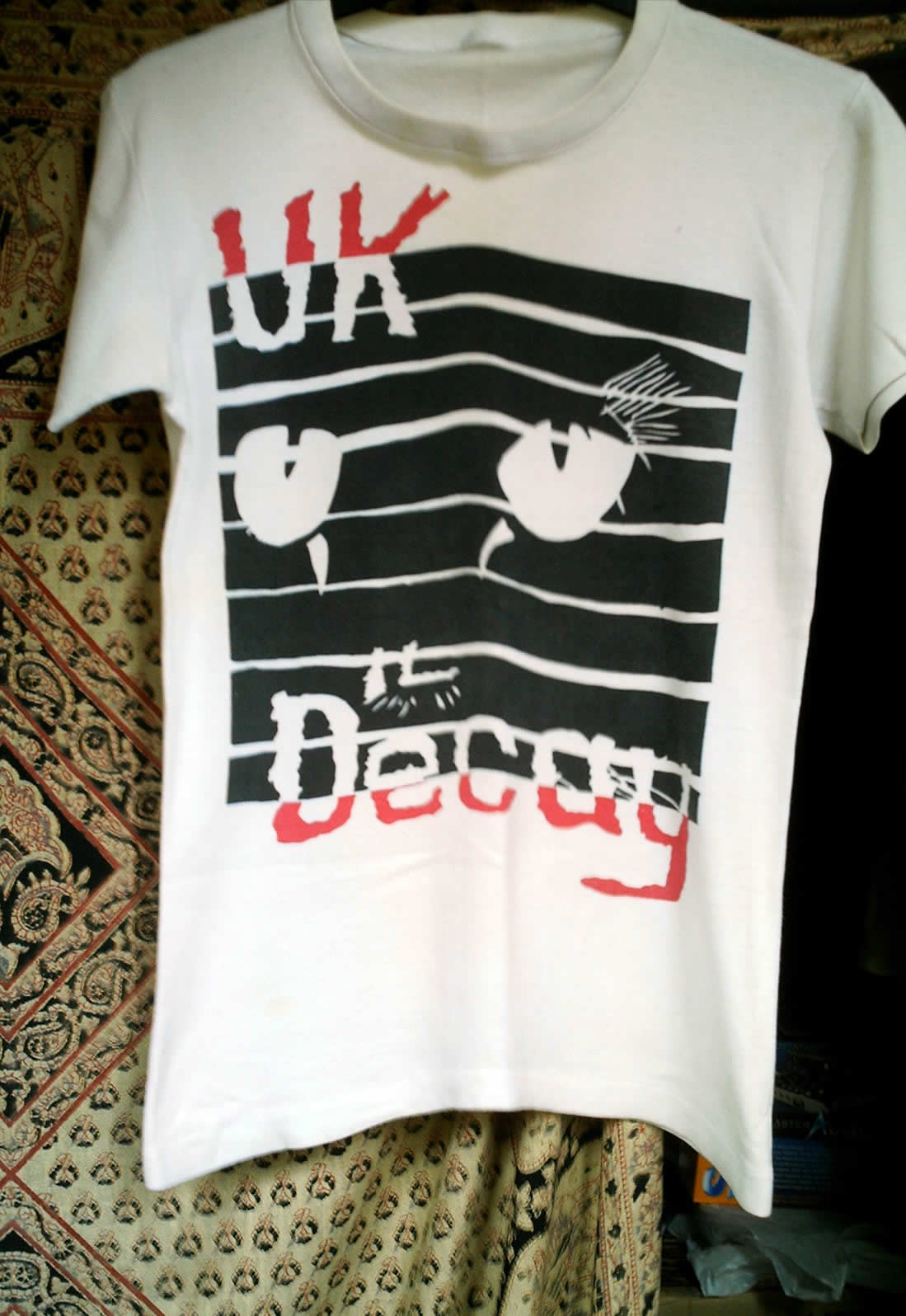 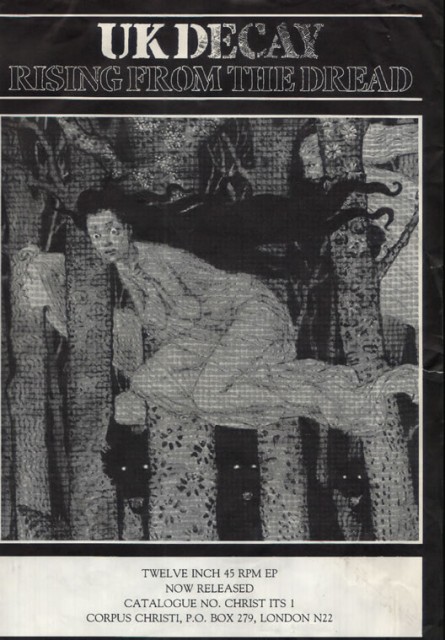 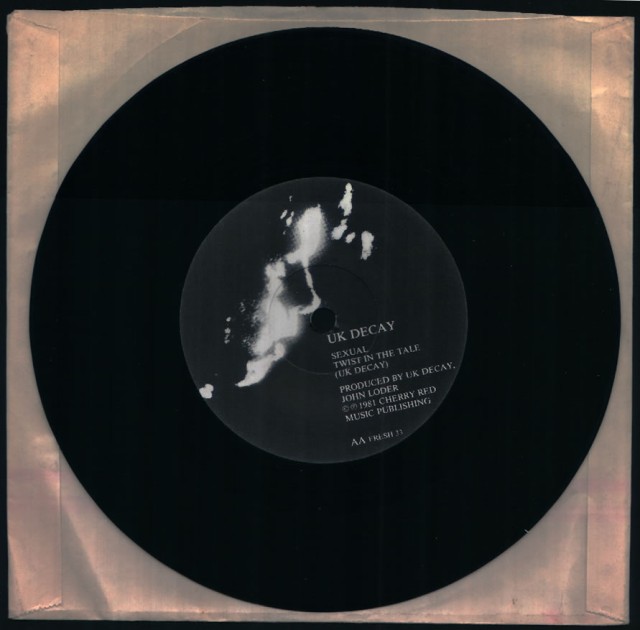 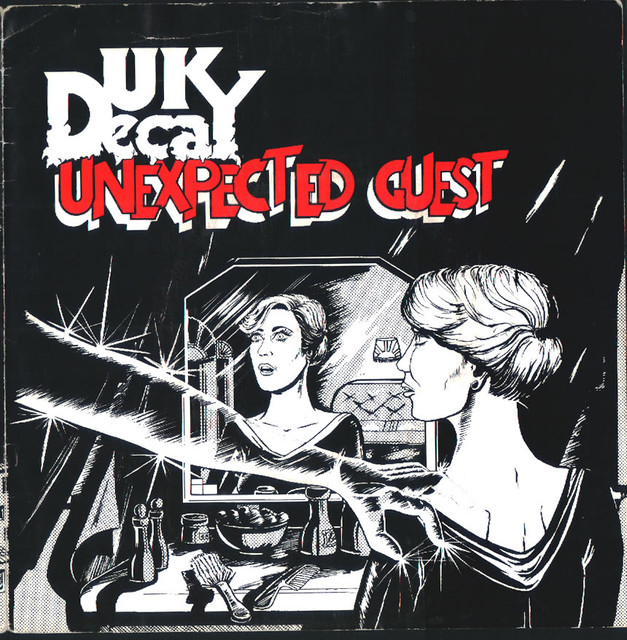 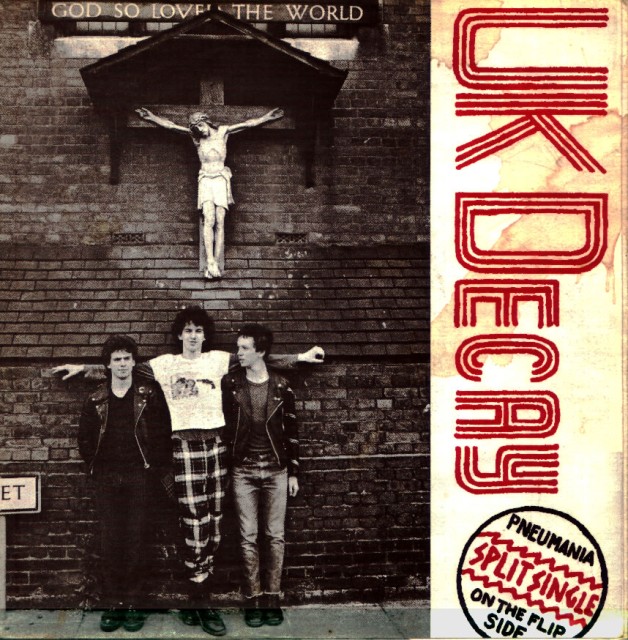 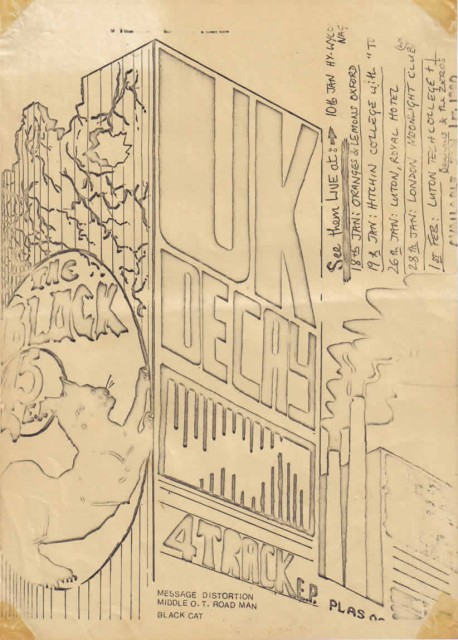 Promo flyer for The Black EP 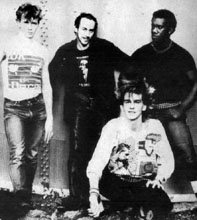 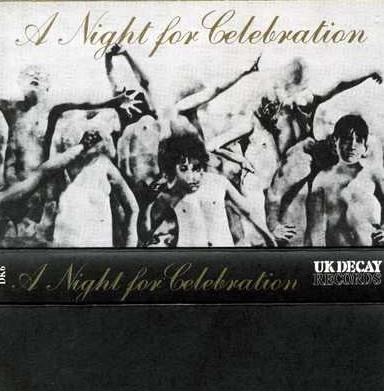 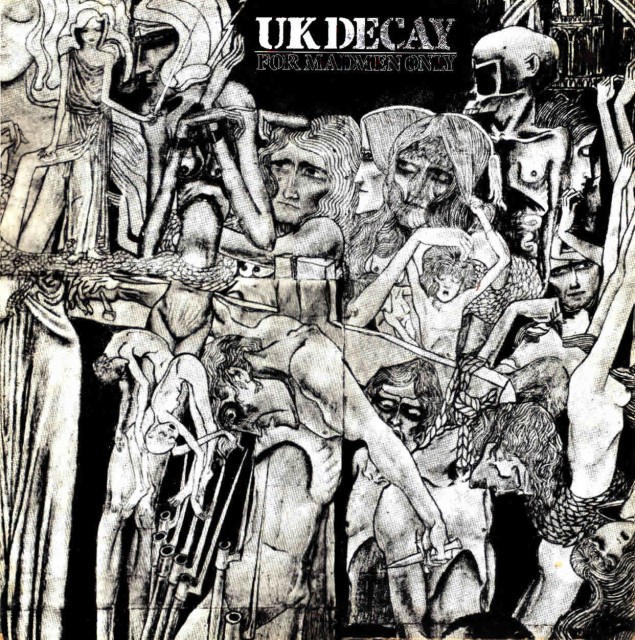 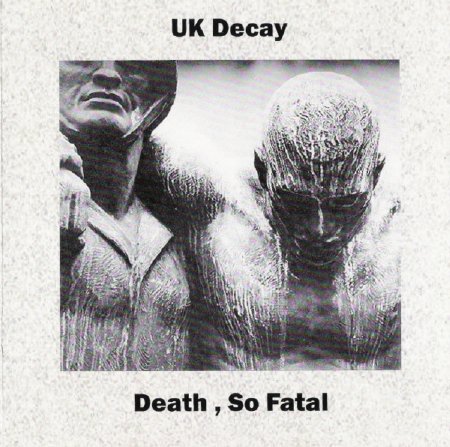 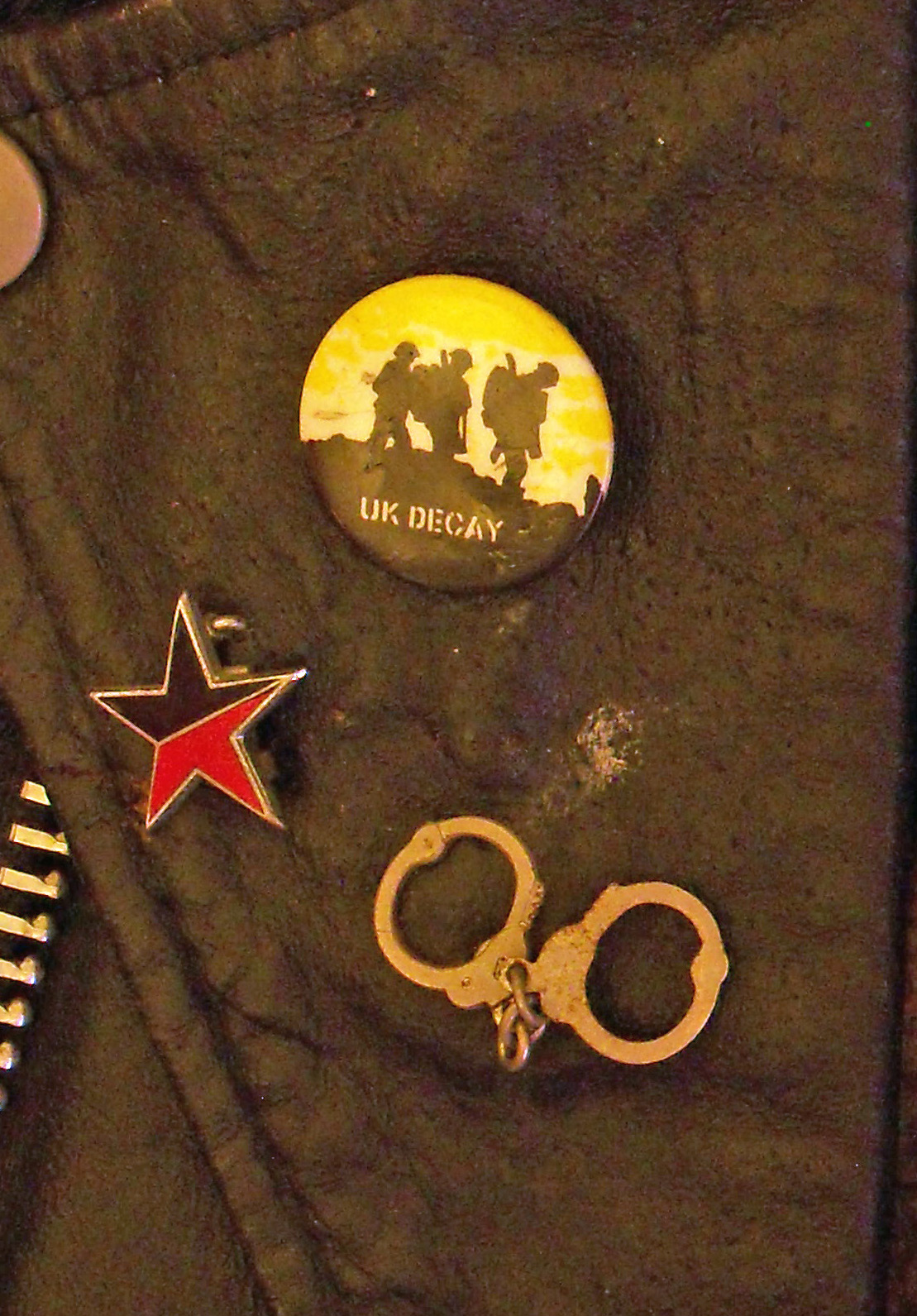 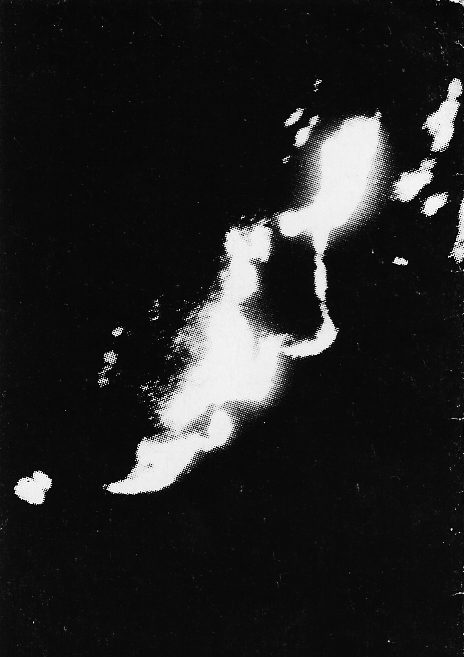 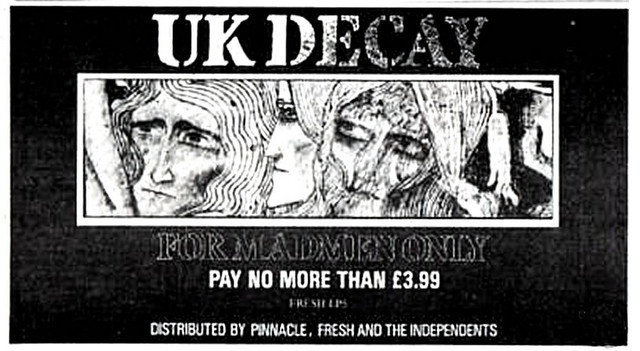 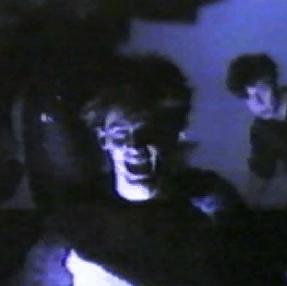 UK Decay are Luton-based band, formed out of the ashes of another local band called The Resistors, who were Steven Abbot (Abbo) guitar, Steve Harle on drums, Paul Wilson vocals, and Martin (Segovia) Smith bass.

The Resistors formed in 1978. After Paul Wilson left during the spring of 1979, the remaining band members changed their name and released the ‘Split Single’ 7” in partnership with local band Pneumania on their own Plastic Records label, under the new name UK Decay. There were two tracks from each band, with UK Decay contributing "UK Decay" and "Car Crash", and Pneumania "Exhibition" and "Coming Attack". The 'Split Single' sold extremely well, mainly thanks to a damning review in the NME, whose Danny Baker and Charles Shaar Murray described them as "one of the worst punk bands of all time". At the same time, some of the band produced their own monthly fanzine The Suss, and ran their own punk record and clothes shop, 'Matrix'. Guitarist Steve Spon was poached from Pneumania, allowing Abbo to concentrate on frontman duties.

The next release for Plastic Records was the band's Black Cat EP, which came out in early 1980 and made the UK Indie Chart for three weeks, getting to No. 42. Alex Howe from Fresh Records offered to license the first two singles off them and signed UK Decay to the label for several new 7"s and an album. It was around this time that UK Decay played their first out-of-town gig, with Bauhaus, at the Northampton Racecourse Pavilion.

The first official release for Fresh was the single "For My Country" in September 1980, which got airplay from John Peel (for whom they would record two sessions) and spent eight months in the indie chart reaching No. 13. The single was promoted by a major UK tour with raging political punk band, Dead Kennedys. By 1981 two further singles, "Unexpected Guest" and "Sexual", had also been released, the former actually achieving the band’s highest Indie chart placing of No. 4, and paving the way for UK Decay’s debut album, For Madmen Only, released by Fresh Records in December 1981.