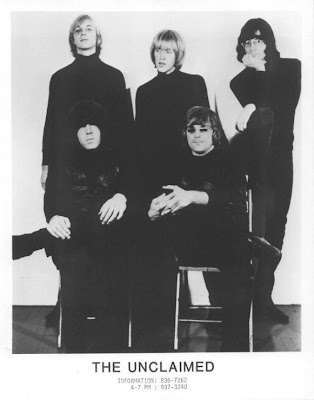 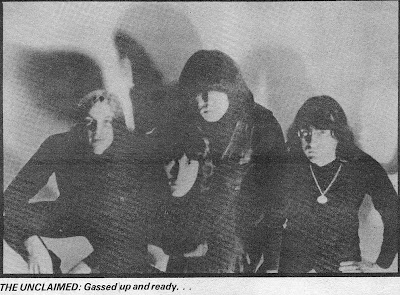 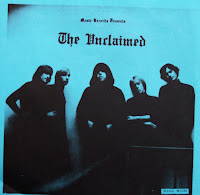 The Unclaimed, Sid Griffin's first 'proper' band, now hold a cult status as far as the sixties/garage/psychedelic revival that grew up around Los Angeles in the early 1980s. Their look, sound and whole attitude to garage music at once both encouraged the likes of Steve Wynn to establish their own bands, whilst The Unclaimed themselves remained firmly rooted in the sound and look of 1966. Effectively The Unclaimed were always Shelley Ganz's band and it was in response to an advert in The Recycler that Sid Griffin became involved. Ganz's ad to start a band along the lines of The Standells, The Seeds and sixties garage music immediately appealed to Sid who had quickly grown tired of playing 'punk' in Death Wish and was more interested in exploring the sound of the sixties, perhaps sensing a change in people's attitude to the music. The pair got together in the December of 1978, immediately hit it off and began looking for the rest of the group. They found them in the shape of bassist Barry Shank, guitarist Jeff Kaufman and drummer Steve Galloway and by April 1979 had a basic set up with which to work.