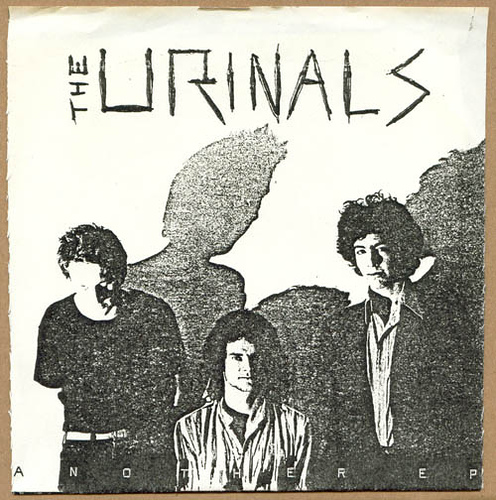 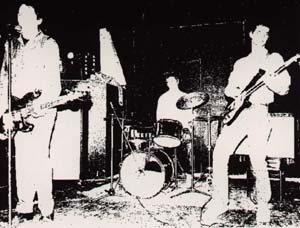 The URINALS formed in 1978 as a five-piece parody of punk rock, at UCLA’s Dykstra Hall dormitory. The band consisted of Delia Frankel (vocals), Steve Willard (guitar), Kevin Barrett (toy drums), Kjehl Johansen (toy organ) and John Jones (later Talley-Jones, bass). Their sole performance as a five-piece was a four-song set (two originals and covers of the JAM’s "This is the Modern World" and the Jetsons theme song) played at the dorm talent show, which was held in the building’s cafeteria. The acclaim was immediate and, as a bonus, the jazz band which followed them was thoroughly outraged.

The usual "creative differences" surfaced early with Frankel and Willard’s decision to depart. The remaining trio soldiered on, with Johansen picking up the guitar in place of the wheezing Emenee organ. None of the three could play their instruments, which was considered an advantage, as it forced the band to rely upon material of a tightly focused scope. Few of the early songs ventured beyond two chords.

Their debut as a trio came on Halloween eve 1978 during a dorm-wide party. Vitus Matare, keyboard-player for LA power-punk band THE LAST, stumbled upon the band and proposed to record them. Utilizing the infamous Dokorder 4-track and a microphone designed for underwater use, four songs were recorded for release on the band’s DIY label, Happy Squid Records. The peculiar ambience of the record can be traced to the technological limitations of its recording, Kevin’s clicky-sounding toy-drum kit, and the guitar & bass being played live through the same amplifier.